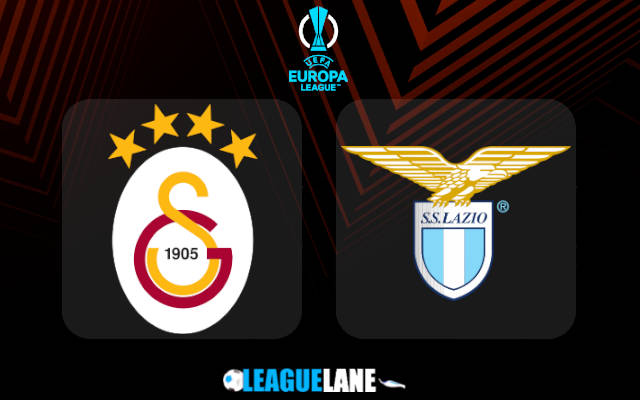 Lazio travel to Istanbul on Thursday to begin their UEFA Europa League journey with the clash against Galatasaray at Turk Telekom Stadyumu.

Lazio ruined a perfect start to the season with a 2-0 defeat away at Milan on Sunday afternoon.

It was the first loss of the 2021/22 Serie A campaign for I Biancocelesti who had previously bagged as many as nine goals in back-to-back victories over Empoli (1-3) and Spezia(6-1).

Nevertheless, Maurizio Sarri’s men will have a nice opportunity to find their attacking momentum here against attacking-minded Galatasaray who are scoring and conceding goals for fun at the start of the season.

The Turkish giants will go into this tie off the back of two separate 2-2 draws in Super Lig. They dropped a two-goal advantage to claim just a point on Sunday away at Trabzonspor.

Fatih Terim has huge problems with the lack of meticulousness in his team’s back line this summer.

Galatasaray did not keep a single clean sheet in six qualifiers for Champions League and Europa League this summer.

They barely went past Danish side Randers (3-2 on aggregate) in the Europa League playoffs, following a tough Champions League elimination to PSV (2-7 on aggregate).

This is certainly not the kind of form you want to have going face to face with the team that have bagged nine goals in the opening two rounds of the new Serie A season.

This match definitely has goals in it. Both teams fancy attacking-minded football and both teams have conceded two goals each in their respective domestic matches on Sunday.

The Over 2.5 goals FT & Both Teams To Score is thus a must-take pick at the 2.00 odds, while we will alternatively back Lazio to win at the 1.95 odds.