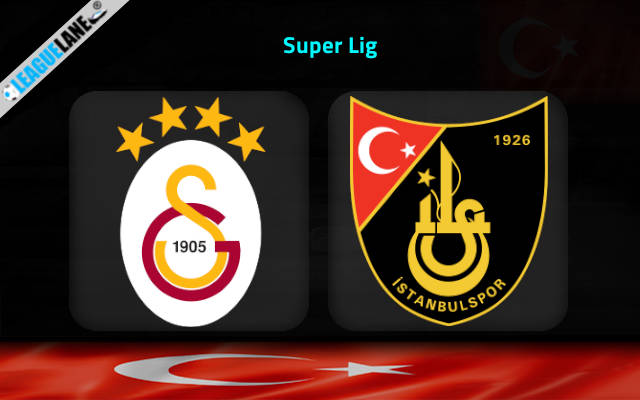 Galatasaray vs Istanbulspor Predictions and Free Tips from our expert tipsters when the teams go head-to-head in Super Lig on Sunday, 25 December 2022.

Galatasaray will be knocking on Fenerbahce’s door as both teams are separated by two points. This game is a good opportunity for them to reach the top of the table. They played against five different teams for their friendly fixtures this month. They are well prepared ahead of this fixture.

Istanbulspor are out of the Turkish Cup as they lost to league leaders Fenerbahce recently. They played in only one friendly game which was back in November. Things are not looking good for them as they are in the relegation zone.

Both teams will be meeting after a period of seventeen years in the league. The host are unbeaten in five of the last six head-to-head meetings. Do note that they are on a three-game winning streak in the league.

The visitors are yet to win this fixture at this ground.

Who will win the match between Galatasaray and Istanbulspor?

We are backing Galatasaray to take all three points from this game. They are the heavy favourites to win as they have an excellent unbeaten record against Istanbulspor at home.

Another reason is that the host are on a four-game unbeaten run in the league.

The host have scored at least two goals against this team in the last four meetings at Nef Stadium. We can expect over 2.5 goals from the host. Do also note that the host won by 4-1 the last time both these teams met.

Both teams are in decent goal-scoring form. They have scored in four of the last five overall head-to-head meetings.

The first tip is that Galatasaray will win this game by 3-1 – at 11.00 odd. They have won by scoring at least three goals against this team at Nef Stadium on two occasions.

Our second tip is that Both teams to score – at 1.90. Both teams have scored a combined total of nine goals in two of their last three meetings at this ground.