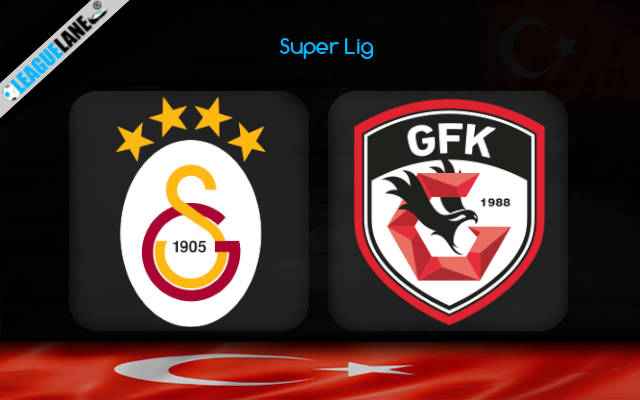 Gaziantep might be on a good stretch of performance lately but it needs to be noted that they had secured a bottom-tier finish in the Super Lig the last season. And they will be facing an in-form Galatasaray in their upcoming Super Lig fixture at Nef Stadium on Monday.

Galatasaray have started off with a win, but lost the second and bounced back in the third. They have draw their latest encounter with the reigning Turkish champions Trabzonspor on the road.

Going on, they are now on a two-game unbeaten streak in the league. It deserves to be noted that, the team conceded only one goal from their four appearances so far this campaign.

Meanwhile, Gaziantep enter the tie unbeaten in four straight games. They have won three and drew one of the previous three league outings.

It seems that they are determined to make amends this season. They have bagged a total of 10 points from the four fixtures and have climbed up to the second spot of the league standings.

By the looks of things, we expect an interesting affair on Monday when these two outfits lock horns in a Super Lig fixture.

Gaziantep have not won against Galatasaray when they have played them away from home in the history of this clash. But, they are unbeaten in two of those.

Meanwhile, Gaziantep are unbeaten in all the two away fixtures they’ve played so far this campaign. They had scored and leaked goals in both the fixtures.

Considering all these observations, we are expecting an uncompromising clash between the two. We can see the value of backing the Tie with goals as both the outfits have a canceling potential at the moment.