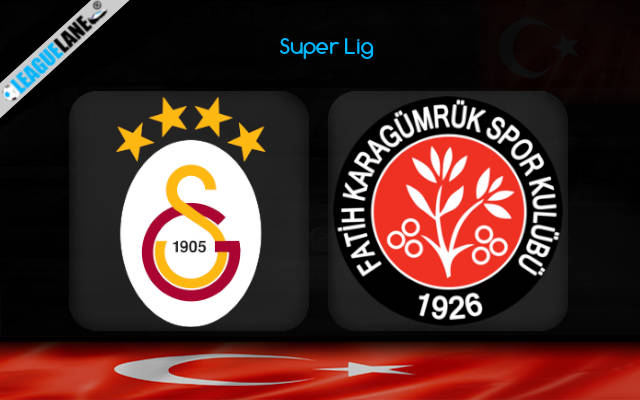 Game week 31 of Super Lig brings us the match between Galatasaray and Faith Karagumruk on Saturday at Super Lig.

Galatasaray has played poorly in their matches this season. They have stayed in the bottom half of the league table because of their poor performance. However, in the recent matches, the team has shown some improvement. The team has three wins and two loss from their last five matches.

Galatasaray played their last match against Gaziantep FK, in which Gaziantep scored three goals while Galatasaray could score only one, ending the match in a loss for the team.

Galatasaray has shown an improvement in their recent matches. They had a poor spell by the middle of the season and will look to make up for it. Karagumruk has got mixed results from their matches throughout the season. Their inconsistency with their form can be seen from their mixed results. Both teams have scored in their recent matches. Galatasaray has scored in four of the last five matches and Karagumruk has scored in three.

Galatasaray’s poor form had put the team in a difficult position in their home matches. However, they have played well in their recent home matches and are unbeaten in the last three matches as well. Faith Karagumruk’s away matches have not been as productive as they had hoped it would be. They have only one win to show in the last five road trips. The remaining ended in loss.

Looking at the records, I believe Galatasaray has more chance of winning the match than Faith Karagumruk.