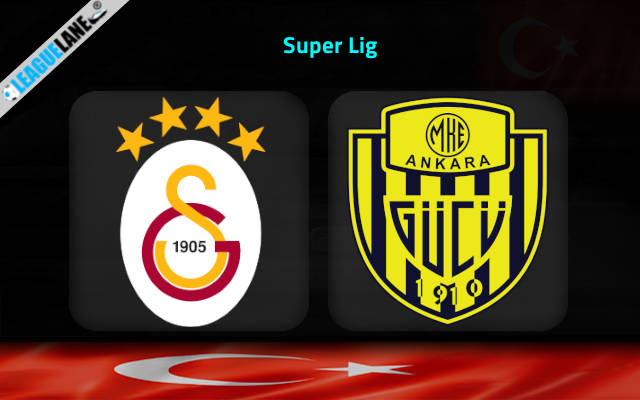 Galatasaray vs Ankaragucu Predictions and Free Tips from our expert tipsters when the teams go head-to-head in Turkish Super Lig on Wednesday, 4 January 2023.

Galatasaray are in the absolute prime of their powers, and are at the top of the table at the moment. They are by far the best pick to land the title at the end of the season. The team should not face much difficulty in dealing with the challenge posed by their incoming opponents.

Seldom have Ankaragucu won this season in the Super Lig, and it is to be seen in their position in the table too. They have a surplus of just one point over the relegation cut-off, and of their total two wins on the road, one came against the 18th placed Istanbulspor.

Gala have a 100% unbeaten record at this stadium since 2010 against this rival, and scored two or more goals in all but one such clash. In fact, such has been their exploits here, that they scored 18 goals from their last six appearances in h2h meetings.

Going on, the hosts won 14 of the past 18 clashes at this stadium, and kept clean sheets in three of the former four such games too.

Who will win the match between Galatasaray and Ankaragucu?

Toppers Gala are firm favorites for this upcoming fixture. They have been on a phenomenal run lately, and have a dominant record against this foe. Chances are high that we are about to witness a one-sided fixture which should end in favor of the hosts.

Toppers Gala have a strong defense, and as such, whatever scoring is to happen, should be from their side. Considering the out-of-form backline of Ankaragucu, we can expect at least three goals in total.

If an unlikely upset does not occur, both teams will not find the back of net at the Nef Stadium. Ankaragucu will most probably be returning empty-handed at the end of the fixture.

Potential champions Galatasaray are expected to come out victorious this Wednesday at their home, against this struggling Ankaragucu side. Not only are the latter in poor form, but they have a worrying h2h record too.

Taking into consideration the strong defense of the hosts, it would be unlikely that the visitors would find the back of the net. At the same time though, the in-form frontline of Gala are expected to have a field day.