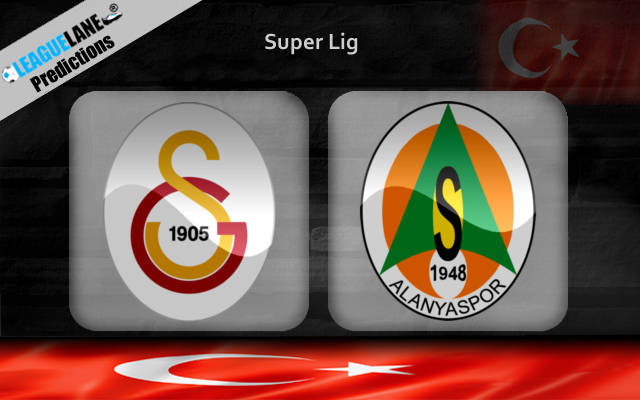 Cagdas Atan’s men have been the best team in the whole competition this season – and that too by a mile. They have scored the most number of goals so far (three more than the second-best team), and have conceded the fewest number of goals of all the teams in the contest as well.

Meanwhile, the Lions have been one of the best teams in the country for the past several years, and despite some shortcomings once in a while, they have maintained their overall level impressively.

Considering current form alone, Atan’s men get the nod and are expected to dominate proceedings this Monday.

However, they will be tested to the limit by Fatih Terim’s men, and taking into consideration the dominance of the Lions on the league over the past several years and their h2h superiority – expect goals to come from both teams.

Atan’s men are the best team in the Super Lig at the moment, and that too by a mile. They have outscored every single team in the league by at least three goals, and they also have the best defensive record as well.

Going on, they also have a 100% winning record barring their one draw against Rizespor. And to top it all off, they had even defeated this same opponent with a 4-1 scorecard just two months back.

Meanwhile, the Lions are on a three-game winless run as well. Taking into account all these observations, expect Alanyaspor to have the edge this Monday.

However, understand that Terim’s men have a phenomenal h2h record over the years. In fact, they have a perfect winning record in such match-ups at this stadium, and have posted a combined scorecard of 17-2 from the last five meetings at this ground.