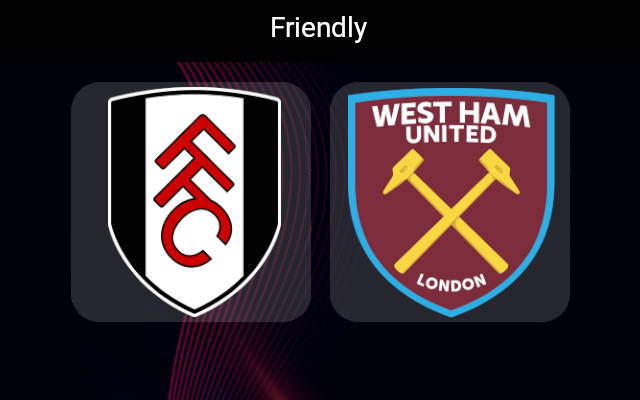 Fulham vs West Ham Predictions and Free Tips from our expert tipsters when the teams go head-to-head in a Friendly game on Saturday, 17 December 2022.

West Ham will play their third friendly game of the month as they will take on Fulham. They have won the last two friendly games against Udinese and Cambridge. It is important for them to start winning games as they are very close to the relegation zone in Premier League.

At the same time, Fulham will be playing their first friendly game this month. They have not won at home since the 20th of October.

Both teams last played against each other back in October. The visitors won that game by 3-1. They are unbeaten in the last five overall head-to-head meetings against this team.

The last time the host won at their home ground against this team was over eight years ago.

Who will win the match between Fulham and West Ham?

West Ham will most likely win this fixture. The two main reasons are that they have a strong winning record against this team in Premier League. Also, they have won both of their friendly games this month.

On top of that their opponents are have not played a single game in December.

This is not a high-scoring fixture in recent times. At this ground, the last two meetings ended with less than two goals combined.

Fulham have struggled to score against this team. In the last three years, both teams have played against each other four times. The visitors have kept a clean sheet on three occasions.

The visitors are unbeaten in the last seven meetings against Fulham. Moreover, they are on a two-game winning streak this month. Therefore, the first tip is that West Ham will win this friendly game.

Our second tip is that West Ham will keep a clean sheet. The visitors have kept a clean sheet in four of their last six meetings.