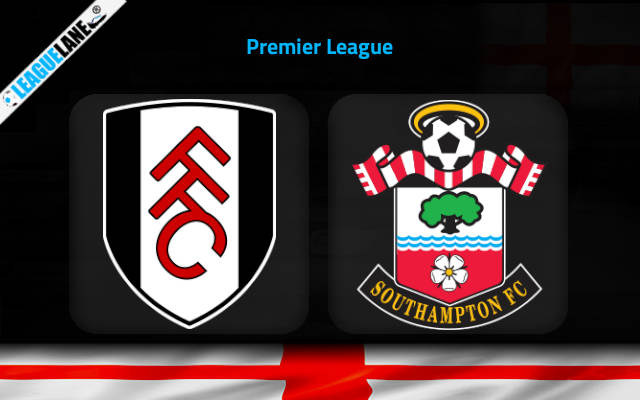 Fulham vs Southampton Predictions and Free Tips from our expert tipsters when the teams go head-to-head in Premier League on Saturday, 31 December 2022.

Southampton will most likely be relegated if they don’t start winning games in the next few months. They are now at the bottom of the table and are on a four-game losing streak. They defeated Lincoln City by 2-1 to advance to the next round of the EFL Cup. However, they are not able to do the same in their league fixtures.

Meanwhile, Fulham jumped to the ninth spot following their impressive 3-0 win against Crystal Palace. The scoreline could have been higher as they registered eleven shots on target in that game.

Southampton have dominated this fixture in the last three years. Both teams last played against each other back in 2021 and the visitors won that game by 3-1.

The last time the host won this fixture was way back in 2018. The visitors are on a four-game unbeaten streak against this team.

Who will win the match between Fulham and Southampton?

Fulham will take home all three points from this game. Despite having a good record against Fulham the visitors are not the same team anymore. They have lost more than 60% of their matches this season and are at the foot of the table.

With just one exception, the last three head-to-head meetings between these two teams ended with less than three goals combined. The visitors have not scored in three of their last five away trips as well. We can expect the same trend to continue for this game as well.

The host played a great game against Crystal Palace and managed to win all three points. At the same time, the visitors are on a four-game losing streak in the league. Therefore, the first tip is that Fulham will win this game– the odd for this tip will be at 2.00 odd.

Our second tip is that Aleksandar Mitrovic will score anytime – at 2.10. He is Fulham’s top scorer this season and he scored the third goal against Crystal Palace back last time.