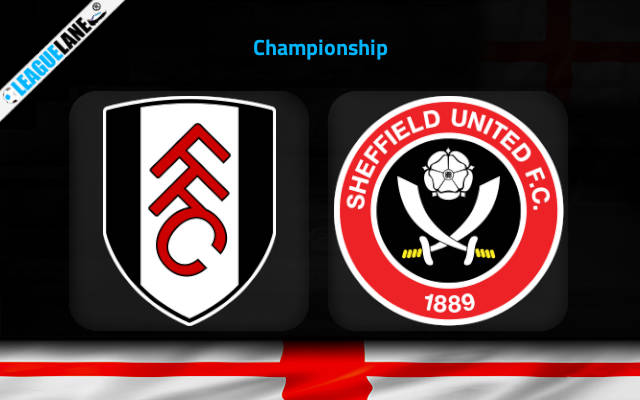 Fulham are the toppers of the table, and they have been the overall best team in the competition by a considerable distance. However, their form in recent weeks has been a little concerning for fans.

Though they have not lost any game anytime soon, they have gone on a series of draws.

The team will be determined to put an end to this run immediately, and will go all out for the three points this Monday.

The job will not be easy though. Sheffield are in good form, and are finding the back of the net consistently.

Still, they are on  the road, and have an inferior h2h record against this rival over the years.

By the looks of things, expect a win for Fulham this Monday. But a clean sheet might be asking too much at this point.

Fulham were held to a 1-1 draw on the road by Luton the last match-day. Going on, they are on an 11-fixture unbeaten streak, and in the process they had gone on a seven-fixture winning run during this stretch.

They have also lost just once at home this whole season, and they had also won five of the past seven appearances here.

Judging these stats, and their overall h2h superiority, expect a win for the toppers.

However, Sheffield have been in good form lately. They had recorded a 2-3 win on the road the last match-day, against Cardiff, and they had not failed to find the back of the net on the road since the end of September.

As such, anticipate goals to come from either side of the pitch this Monday.

Tips for Fulham vs Sheffield United