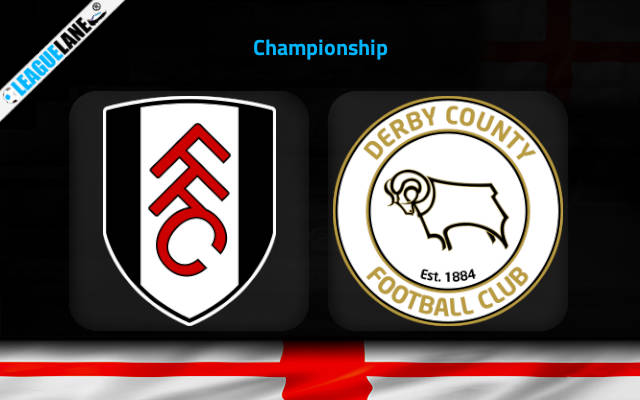 With 7 unbeaten games, Fulham will hope to repeat their last result as they face the upcoming match against Derby County.

By beating the Bournemouth on their previous match, the visitors proved that they can defeat the top teams on the table. We can witness a thrilling match between the first and last placed teams on the table, this Wednesday at Craven Cottage.

The Cottagers are at the top of the table with 41 points in the 18 matches played. They won 13 games and drawn 2 while losing only 3 times. They have the highest goals to conceding ratio on the table.

The Rams are on the relegation zone at the last spot, having won only 4 games. They have drawn 9 times while losing 5 games. However, their last match ended in a 3-2 win against Bournemouth.

The hosts are on an excellent form as of now, winning 7 back to back games in the league scoring 48 goals. Aleksandar Mitrovic is the top scorer on the league with 26 goals and assists.

Not only in terms of scoring, they have conceded only 15 goals so far showing their excellent defensive tactics.

The visitors have only won 1 of their last 5 games but have scored at least one first half goal in those occasions.

We highly backup the table toppers for this upcoming match as they have all the attributes to win it while the visitors have to play as a team in order to score, this seems highly unlikely.