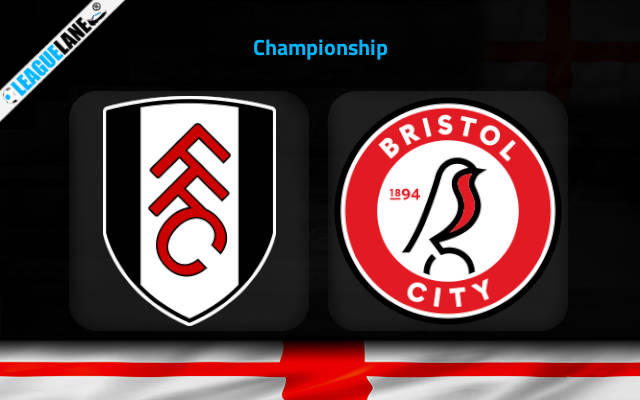 Thanks to dominating performances earlier in the Championship season. Despite performing poorly towards the end of the last year, Fulham have managed to retain their position within the automatic promotion spots.

Bristol City meanwhile are doing enough to stay midtable while avoiding getting anywhere close to the relegation zone.

The Cottagers scored seven goals for the second time this season in the league away from home this time against Reading to win the fixture 0-7.

This marked the club’s first win in six league fixtures. Thus with six points coming from their previous five league matches the club is now second in the league, a point behind the league leaders.

Andreas Weimann’s hat trick sealed all three points for the Cider Army as they defeated Millwall on the last match day by a score line of 3-2 at home.

This was the club’s first win in four league games. Gaining seven points from the last five league fixtures the club now sits 15th in the Championship table. They are now ten points behind a playoff spot and eleven clear of the drop zone.

The hosts are in a rather questionable form especially considering they are challenging for the title. However, they have lost just once at home in eight previous league matches and have conceded just 0.5 goals on average in six previous games.

Furthermore, with the visitors on a 5-match unbeaten run consisting of four defeats in which they have failed to score thrice.

Considering the above I have backed Fulham to register the win and a clean sheet.

Fulham’s drop in performances can be attributed to Aleksandar Mitrovic’s poor form. However, the Serbian who is the league’s top scorer with 24 goals in twenty three games is my pick to score anytime this Saturday. To add to it the Serbian scored a brace on the last match day.