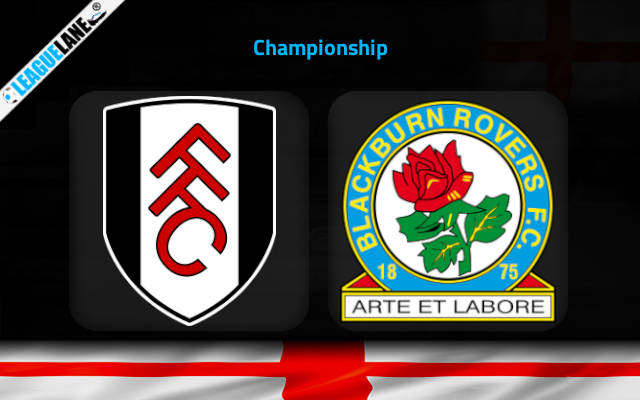 Fulham continue to keep a firm hold on the top-most spot, and are going after the title. The season has entered its final stages, and the team now has a realistic chance of winning the Championship. More than that, they have an opportunity to get directly promoted to the PL.

They have been in spectacular form all through the campaign, and particularly their offense has simply been on a higher dimension – compared to the other squads in the league.

Moreover, they have performed terrific at home this season, and they are also a team that were relegated from the top flight recently. This experience will count a lot for them.

Meanwhile, Blackburn too are one of the best in the competition, and are going after a top-six finish. But they are comparatively weaker to the toppers, and importantly, lately they have been going through a worrying stretch of performances. Moreover, they have a poor h2h record against this rival as well.

For these reasons, expect a win for Fulham this Saturday at the Craven Cottage.

Fulham recorded a 0-1 win on the road the last match-day, against Cardiff. They had also won four of their last five overall fixtures, and they had remained unbeaten in 10 of their past 12 games.

Moreover, they have also lost just twice at home in the past five-month period.

On the other hand, Blackburn did win 1-0 at home against QPR the last game week. But they were on a five-game winless run before that, and they are also on a five-match winless run on the road.

Going on, they have struggled quite a bit in past h2h meetings too.

By the looks of things, expect a win for Fulham this weekend at their home.

Tips for Fulham vs Blackburn