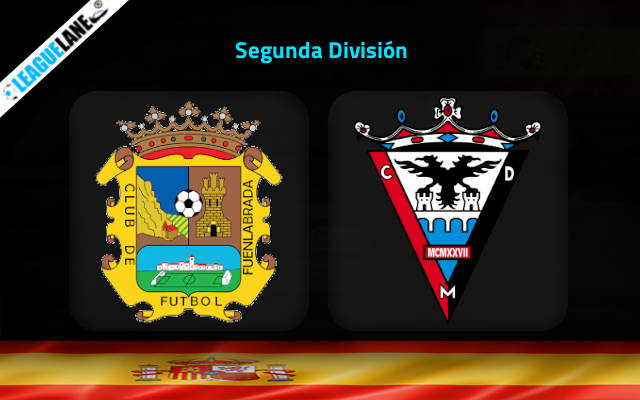 Mirandes stunned Ibiza 0-2 and held Real Zaragoza to a 1-1 draw in their recent away fixtures in the Segunda Division. Knowing how poor Fuenlabrada looked in the last couple of weeks, we are very much tempted by the 3.40 odds offered for the away win pick here.

Fuenlabrada and Mirandes will raise the curtain on the Gameweek No 17 in Spanish Segunda Division on Friday evening at Estadio Fernando Torres.

Neither of the two outfits will enter the game in high spirits following their latest failures.

The hosts dropped into the danger area after a streak of four defeats and a draw in the last five league affairs.

The most recent failure came six days ago when Fuenlabrada lost 3-0 away at Real Valladolid. It was a one-way street all the way as Fuenlabrada failed to register a single shot on target on the occasion.

The hosts will also be without an important defender Ruben Pulido who got sent off last weekend.

Mirandes will also enter the match off the back of negative results. They lost back-to-back league outings to Real Valladolid and Huesca in the last two rounds.

Nevertheless, Lolo Escobar’s men did show at least some sort of positives in the last several weeks (unlike their counterparts) as they actually lost only one of the last three away fixtures.