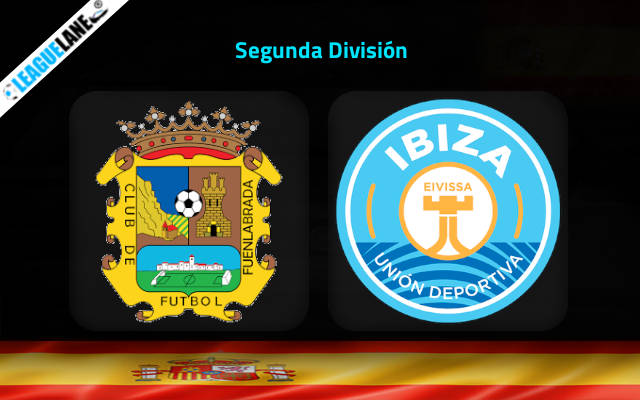 Ibiza has never seen a victory in the past 6 matches while Fuenlabrada has undergone 12 games without seeing whole 3 points. The visitors are currently in the relegation zone and are in need of a win. Since the next match is important for both the teams, a fiery battle can be seen this Sunday at Estadio Fernando Torres.

UD Ibiza resides at the 16th position on the table with 25 points. Of the 21 matches played, they won only 5 games while drawing 10 times and losing on 6 other occasions. Their total goals to conceding ratio stands at 19:23 so far in the league.

The visitors have seen the overall goal tally of their opponents equals 6 while their own forwards managed to score 5 from their previous 6 league games. They lost by 2 goals to nil against Gijon in the previous LaLiga2 schedule.

Fuenla Kirikos are at bottom four in the 19th spot on the table with only 20points. They won only thrice in the league while drawing on 11 and losing on 7 other occasions. They have scored 15 in total while conceding a sum of 22 from the 21 games played so far.

Over the prior 6 league outings, Fuenlabrada have conceded a total of 4 while bagging a sum of only 3 for themselves. After losing by 2 against Burgos CF, the hosts have drawn the previous league schedule against Real Oviedo by no goals to spare.

Previous match between the two have averaged 4 goals while BTTS has happened 100% of the time since they have crossed paths only once. So far this season in the Segunda Division, Fuenlabrada has averaged 1.18 points per game at home matches while UD Ibiza gained 1.4 points per game at away schedules.

The hosts have won none of their last 6 home matches but have drawn their last 4 home matches in a row. There have also been fewer than 3 goals scored in total in each of Ibiza’s last 7 away games this season.

We anticipate a draw happening at Estadio Fernando Torres in the end because both teams have the highest drawn numbers in the league with a minimum of 3 games ending in a tie for both of them in their respective past 5 league fixtures.