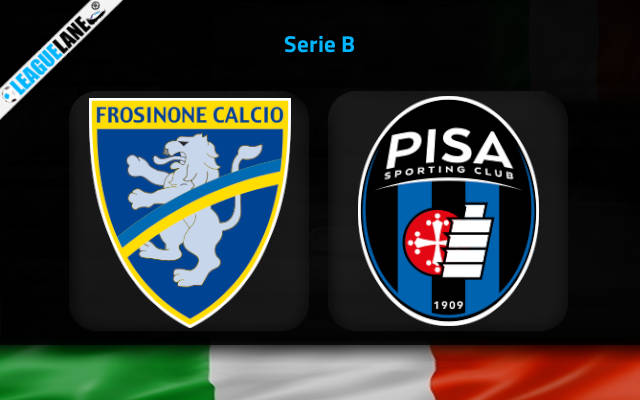 Frosinone vs Pisa Predictions and Free Tips from our expert tipsters when the teams go head-to-head in Serie B on Sunday, 11 December 2022.

League leaders Frosinone will prepare for a crucial game as they will face Pisa this week. Both teams are in decent form in the league.

Pisa got their fifth win of the season as they defeated Ascoli by 2-0 recently. The only drawback is that seven of their last sixteen matches have ended in a stalemate. Now they are in the eighth position on the table. Another interesting fact is that the last time they lost a league game was way back in September.

The visitors won by 2-1 when these two teams last met in May this year. Moreover, the host are unbeaten in five of the last six meetings at their home stadium. Do note that the last four consecutive away games have ended in a stalemate for the visitors.

Who will win the match between Frosinone and Pisa?

Frosinone will most likely take all three points from this fixture. The host are yet to be beaten at home this season. Not to mention that they are at the top of the table.

Do also note that Pisa have not won consistently this season, two of their last four matches have ended in a stalemate.

The host have scored at least two goals in their last two wins against this team. We can expect the same trend to continue this time as well.

It is likely that both teams will score. This is after considering that in the last three consecutive meetings both teams have scored.

You can back the following, as our first tip is that Frosinone will win this game by 2-1 – at 8.50 odd. The main reason is that they are yet to lose a game at home this season. Moreover, they won this fixture last year by scoring at least two goals.

Our second tip is that Both teams to score – at 1.90. Both teams have scored in the last three consecutive meetings.