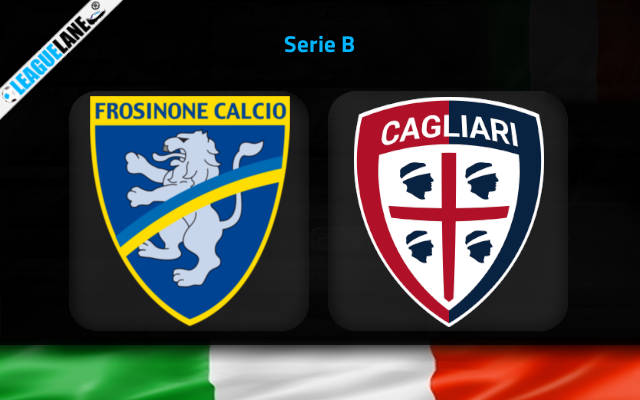 Frosinone have easily been the best of the lot, and are firmly placed at the top of the table. They are on a long winning streak, and are at home as well. Meanwhile, Cagliari are on a rather poor streak of results, and they have a single win to their name in the past five match-days.

They managed to win just four times all through the campaign, and only one of these victories came on the road. It is also to be noted that this sole win came against Benevento, who are placed in the relegation zone at the moment.

Meanwhile, Frosinone are the only team in the whole competition who managed to register wins in the past five fixtures, and they also have the best defense in the entire tournament. In fact, while they let in just seven goals till now, every other squad conceded goals in double digits.

And most importantly they have a perfect winning record at home so far in the current edition of the Serie B. In fact, not only did they record wins in all of their home games till now, but they managed to register wins to nil as well.

It goes without saying that the toppers are easily the favorites this Sunday at home to deliver a winning performance.

Frosinone are on a perfect winning streak in the past two months, and they let in a single goal in the past whole month. Moreover, they have a 100% winning record at home in all competitions this season, and they are yet to let in a goal at this ground too.

On the other hand, Cagliari have a single win to their name in the past two months, and they also let in two or more goals in two of the former four fixtures.

And importantly, they won just once away from home since February.

Taking into account these observations, expect a win for Frosinone this weekend.

Tips for Frosinone vs Cagliari