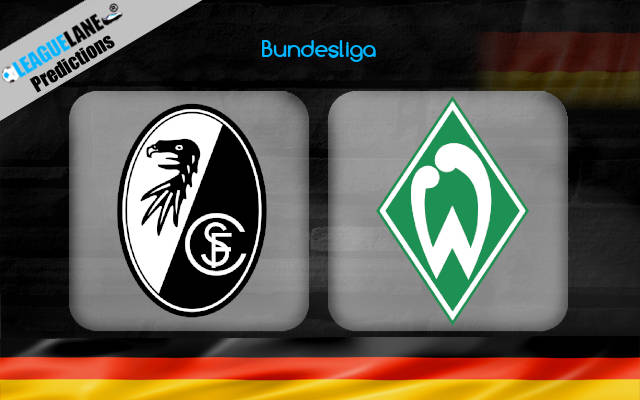 The River Islanders have been on a roll for over the past several months. They seem to have learnt a lesson from their near-miss with relegation in the previous campaign, and are determined to not let anything of that sorts happen again.

As of now they have a 100% winning record in the league, disregarding their only loss against Hertha in the opener. And to further fuel their confidence, they also do have a great h2h record against this rival – including a win to nil on the road just four months back.

Likely, Werder Bremen have the upper hand this Saturday at the Schwarzwald-Stadion.

However, they still had finished one point above outright relegation, and had to go through the playoffs to ensure their stay in the top flight. Meanwhile, the Breisgau Brazilians had been in the running for a Europa League ticket all season long, and missed out on it by a whisker.

They are also at home this weekend, and have been performing well lately at this ground. For the reasons, expect Freiburg to score at least once this weekend.

Christian Streich’s men lost 4-0 on the road the last match-day, against Dortmund. In the meantime, the River Islanders registered a 1-0 win at home against Bielefeld.

Moreover, Kohfeldt’s men have a 100% winning record this season in all competition except for their match-up against Hertha. And to complement it, they also do have a phenomenal h2h record against this rival.

In fact, they had recorded 17 of the preceding 21 overall h2h wins, and had lost just twice at this venue against this opponent over the past two decades.

On top of all that, the Brazilians are still searching for their first win at home in 2020-21, and are unbeaten in their last three matches on the trot in all competitions.

As such, expect Werder Bremen to avoid a loss at the very least this weekend.

However, understand that Streich’s men were one of the best in the league the last season, while their counterparts were struggling desperately to avoid getting the boot. In addition, 16 of the preceding 21 overall h2h meetings also had goals from both teams.