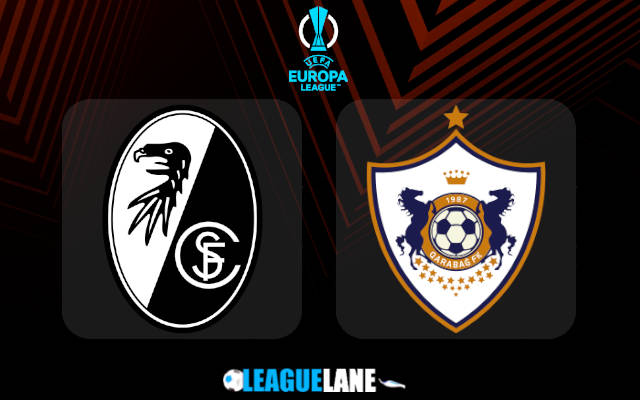 Freiburg got off to an amazing start to the new Bundesliga season. The weekend’s 2-3 victory away at Bayer Leverkusen catapulted Christian Streich’s troops to the very top of the league standings.

With four wins and one defeat in the inaugural five rounds, Freiburg are even head of Bayern Munich who have played their second draw of the season last weekend away at Union Berlin.

Freiburg will be hoping to translate this phenomenal spell of form to UEFA Europa League as they are set to open the continental competition campaign with the home fixture against Azerbaijani champions Qarabag on Thursday evening at Europa-Park-Stadion.

The bookies consider the Germans as massive favorites here but we don’t see an easy task for them here.

Qarabag have been excellent this summer in the UEFA Champions League Qualifications. They went all the way to the playoffs, eliminating the likes of Lech Poznan, Zurich, and Ferencvaros in the process.

Qarabag also showed great efforts both home and away against Viktoria Plzen in the playoffs, but eventually suffered elimination 1-2 on aggregate on the occasion.

The team led by Qurban Qurbanov do not have any problems at the beginning of the new season in domestic football either.

Qarabag won all four games so far in the season with an impressive 10-1 goal difference in the process.

They have managed to pass the UEFA Europa Conference League group with Basel, Kairat, and Omonia last season, losing only one of six outings along the way.

The visitors are heavily underestimated here and we do expect them to offer a much greater resistance than expected on Thursday evening. We will thus back Qarabag to win in +1.5 Asian Handicap at the odds of 1.75.

We must not forget that Qarabag have played the group phase in Europe every single year since the 2014/15 season. We would by no means be surprised to see them on target here against the Germans. The Both Teams To Score bet is priced at the 1.95 odds.