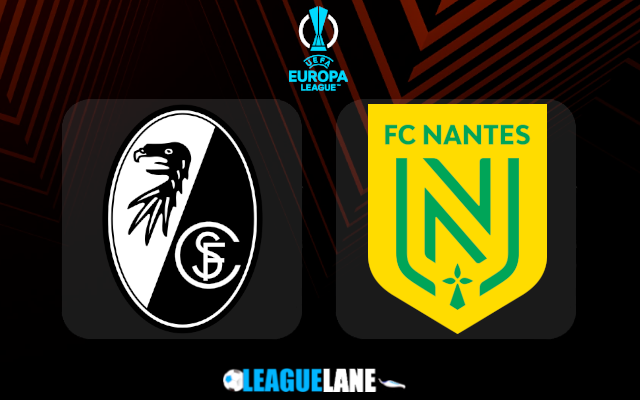 Freiburg will be hosting visiting rivals Nantes in a Europa League fixture on Thursday at Europa-Park Stadion.

Nantes looks weaker than last season when they finished inside the first 10 of the league standings. The visitors started of with three winless fixtures.

But they seems to have picked up things from a Ligue 1 fixture against Toulouse. The match recorded as their first win in this season.

Anyways, they disappointed their supporters as the team recorded 4 consecutive winless games further then. Do also note that they had lost 3 of those 4 games.

Going on, the team had allowed a total of 10 goals in their previous 4 overall fixtures while scoring just 3 times.

Meanwhile, Freiburg had an excellent start to this Bundesliga season. They have a 100 percentage winning record in this season barring a single fixture.

They had won 5 of the 8 league fixtures this season to bag a total of 17 points to sit at the second spot of the German topflight standings, level with the top spot occupier Union Berlin.

Going on, Frieburg is currently at top spot of the Group G table with a perfect score of 2 wins. It deserves to mention that they had scored a total of 5 goals over the course of those two games.

By the looks of things, Freiburg are in fine form and should be able to cause Nantes plenty of problems on Thursday.

Nantes have generally offered weaker performance on the travels than at home lately. They are on a 7-fixture winless streak on the road and had lost 5 in the process.

On the other hand, Freiburg were unbeaten in 7 of the past 8 appearances in front of their home crowd and is on a 4-fixture unbeaten streak currently.

Considering all these observations, we expect a winning performance from the hosts Freiburg on Thursday.