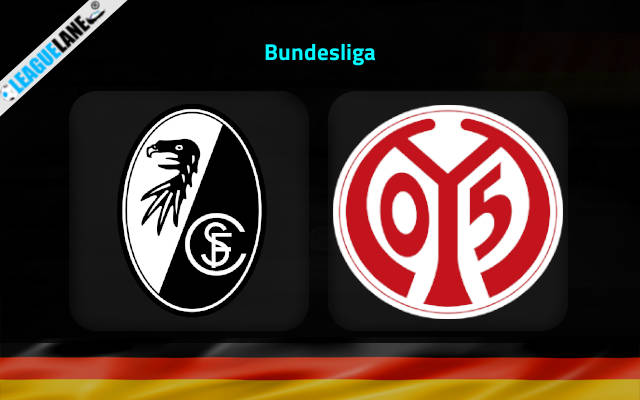 The recent form is looking very bright for Freiburg as they are on a five-game unbeaten streak. They will now welcome Mainz boss Bo Svensson and his men at Europa-Park Stadion for an early kick-off this weekend.

Following a 3-2 victory over Leverkusen earlier this month, Christian Streich‘s team have now finished their last two games in a goalless draw.

However, the primary reason behind this is that Christian Streich changed the team formation three times in his last three matches.

Moreover, they have only lost a single game this campaign. Also, they have overtaken defending champions Bayern Munich on the table ranking. Currently, they are only three points below league leaders Union Berlin.

On the other hand, Mainz made a great comeback against Hertha most recently. Anthony Caci scored the equaliser a few seconds from the full-time whistle.

Following this result, the team is in the eighth position on the league table. Also, they have won two of the last five matches.

Before facing Hertha, Mainz lost to Hoffenheim by 4-1. Alexander Hack will be available for selection in this upcoming fixture as he received a red card against Hoffenheim.

The current host have kept a clean sheet in the last two consecutive league outings.
Also, they are scoring goals at the rate of 1.43 goals per game.

It is interesting to note that, in the last three matches the visitors have scored their goals in the second half of the game.

Also, they have won only 42% of their match this season. Hence we can expect Christian Streich ‘s team to dominate this game.

Our first tip for this game is that SC Freiburg will win this by 2-1 – the odd for this tip will be at 9.00 odd. At Europa-Park Stadion the home team have won three of the last six encounters.

Moreover, the next tip is that Mainz will be the last team to score in this fixture -the odd for this top will be at 2.40. In three of the last five matches, Mainz have scored their goal after the 80th minute. Also twice they have scored during additional time.