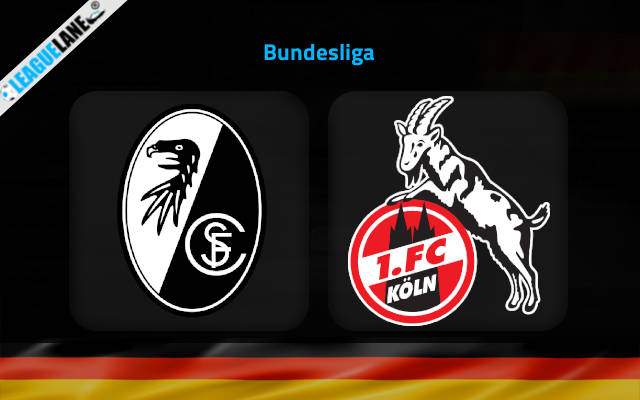 Freiburg and FC Koln will wrap up the 13th round of Bundesliga with their head to head encounter on Sunday afternoon at Europa-Park Stadion.

The hosts moved up to the third place in the Bundesliga standings after a 0-2 victory at Schalke 04 last weekend.

They are now just two points shy of leaders Union Berlin and one point below second-placed Bayern Munich in the league ladder.

Freiburg rely heavily on their stubborn defensive line. The team conceded only four goals in five Bundesliga matches at Europa-Park Stadion this season.

Christian Streich’s men kept back-to-back clean sheets in the fixtures against Werder Bremen and Schalke 04 in the previous two rounds.

Vincenzo Grifo starred in the last weekend’s win at Schalke by completing a brace. The Italian attacking midfielder will have a nice chance to continue his impressive form here against FC Koln.

However, we must say that the Billy Goats have also improved their defensive displays of late. FC Koln limited Hoffenheim to just 9 attempts in a 1-1 draw seven days ago at RheinEnergieStadion.

On another note, FC Koln still did concede five goals in each of the previous two away fixtures against Borussia Monchengladbach and Mainz.

Freiburg have a great chance to continue their excellent spell of form and pick up another home win here against FC Koln who have been anything but reliable in the recent road outings.

We like the look of the 3.25 odds offered for Freiburg to win to nil, while the value is also great with Vincenzo Grifo to score anytime for the hosts at a whopping 5.00 odds.