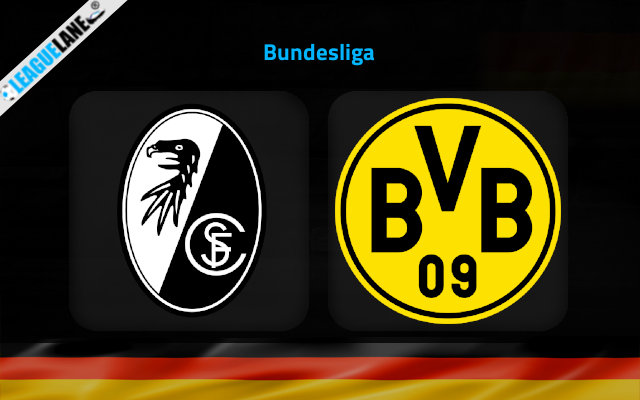 Freiburg and Borussia Dortmund will open the second Gameweek in the 2022/23 Bundesliga season with a super-exciting clash on Friday evening at Europa-Park-Stadion.

Freiburg just continued from where they stopped last season, thrashing Augsburg 0-4 on the road.

Christian Streich will love the fact that three of his four summer acquisitions were on the scoresheet in the mentioned victory on the opening day.

Moreover, it wasn’t just about the win but the way in which Freiburg dominated the pitch from the first to the final whistle on the occasion.

Of course, Borussia Dortmund are a completely different beast compared to Augsburg but we must say the opening day’s performance was more than impressive from Freiburg.

On top of finishing inside the top-six in the Bundesliga standings last season, Christian Streich’s troops also played the DFB Pokal final, losing to RB Leipzig on penalties on the occasion.

Speaking of the cup competition, Freiburg successfully jumped above Kaiserslautern in the first round of the 2022/23 edition, beating them 1-2 on the road after extra-time two weeks ago.

Borussia Dortmund were far less impressive at the start of the season but they got the job done, beating Bayer Leverkusen 1-0 at Signal-Iduna-Park.

Captain Marco Reus made the difference with the only goal of the game. We have to praise Dortmund’s impressive offensive line, featuring the likes of Karim Adeyemi, Donyell Malen, and talented Youssoufa Moukoko.

The Over 2.5 goals FT & Both Teams To Score pick has to be the way to go at the 1.80 odds based on everything we have seen from the two teams last weekend and based on the recent H2H record between the two sides.

The value bet would be Freiburg to score two or more goals on Friday at the 2.20 odds since they looked really impressive going forward in the opening day’s fixture at Ausgburg.