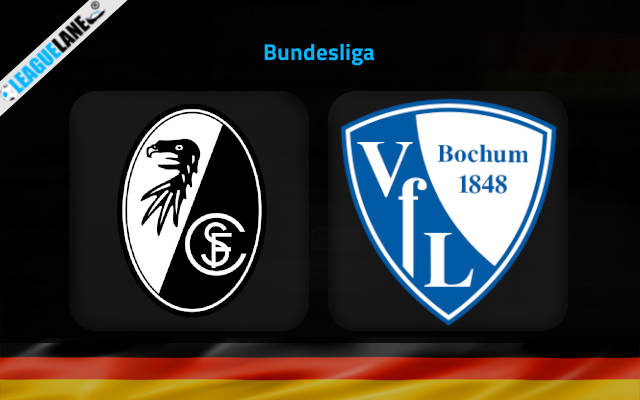 Freiburg and Bochum will open Matchday No 4 in Bundesliga on Friday evening at Europa-Park Stadion.

The hosts will have a nice opportunity to back up the fine start to the season and record the third league win in four matches against the struggling opponents.

Freiburg bounced back from the 1-3 home defeat to Borussia Dortmund by beating Stuttgart 0-1 on the road last weekend.

Christian Streich’s men showed much better performances at home than on the road in the previous term of Bundesliga, but they got off to a fine start on travels in the 2022/23 campaign, winning both away matches so far.

We can’t take much from their lone home loss to Borussia Dortmund in the second round as Freiburg are now looking ahead of a much more winnable affair against the rock-bottomed Bochum.

The visitors are not pulling up any trees at the beginning of the season. They continued the slump with a demolishing 0-7 defeat to champions Bayern Munich last Sunday.

Thomas Reis has huge problems with the lack of meticulousness in his team’s defensive line as Bochum seem to be too easy to break down at the beginning of the season.

Bochum are the league’s worst defense with twelve goals shipped in the inaugural three rounds. They allowed three goals in the previous away fixture (a 3-2 loss at Hoffenheim despite the fact they had a two-goal lead early on in Sinsheim).

It is very hard to look past the home win pick here. Freiburg left a much better impression in the inaugural three rounds. They also won the previous home match against Bochum 3-0 in mid-April this year.

You can back Freiburg to win by two or more goals difference at the 2.25 odds, while the Over 2.5 goals FT is another decent betting option at the 1.61 odds knowing how poor Bochum have been defensively so far in the season.