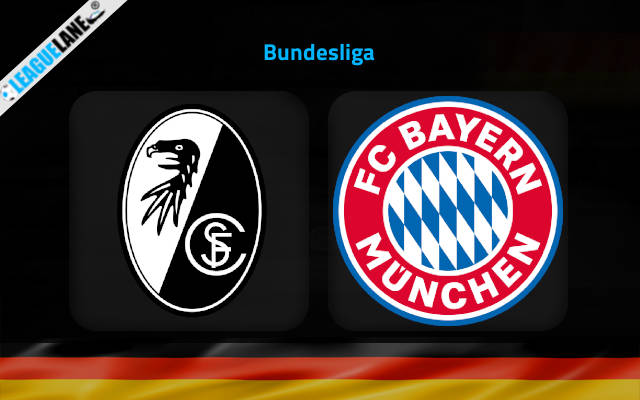 The Bavarians are at the top of the table with a six-point lead, and with just seven fixtures remaining in the competition, they are pretty confident about their chances.

If they happen to hold on to this lead till the end of the campaign, it’s going to be their tenth straight title, and it’ not something that would happen usually to even the best of clubs.

As such, this is an opportunity that the team just cannot let go of. And they will keep an eye on the second-placed Dortmund, who have reduced the gap lately.

Consequentially, the nine-time defending champions will be particular to secure a win this Thursday.

They are pitted against the inconsistent Freiburg, who are placed fifth in the table, trailing 18 points below them.

Freiburg have remained unbeaten lately, but they had failed to convert their draws into wins. Moreover, they also have a poor h2h record against this rival over the years.

For the reasons, expect a winning performance from Bayern as usual, this match-day.

Freiburg recorded a 0-0 draw the last match-day, against Furth. They were winless in three of their past four overall fixtures, and they have managed to post just four victories at home since October.

On the other hand, the Bavarians won 4-0 at home the past game week, against Union Berlin. They are on a seven-game unbeaten streak, and they had remained invincible in 17 of their past 19 fixtures.

Note that they were unbeaten in eight of their last nine road trips, and in the process they had gone on a five-fixture winning streak as well.

Considering these observations, and past h2h stats, expect a win for Bayern Munich this Thursday on the road.

Tips for Freiburg vs Bayern Munich