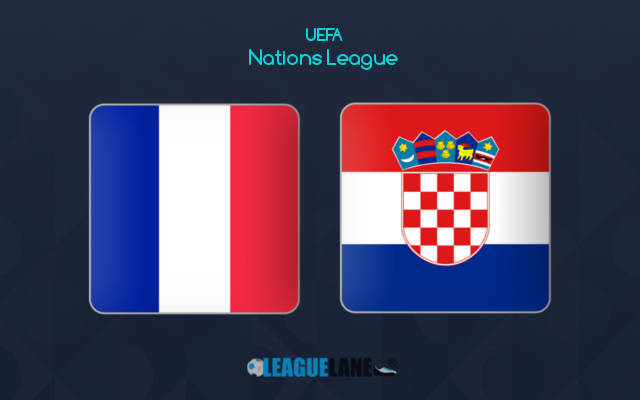 Both these teams had locked horns once before in the same tournament and then spoils were shared with a 1-1 draw. And famously before that, they had come against each other in the grandest of football stages, in the 2018 World Cup final.

It is safe to say that a rivalry is slowly brewing up between the two squads and we can expect either to go at each other’s throats this Monday, especially with a ticket to the semi-finals at stake.

Moreover, the bottom-most placed team will be relegated to League B and this is something that both these teams have to avoid.

Sadly, it must be noted that as of now the 2 teams are placed in the last two positions in the table and if they are not careful they just might get the boot to the lower division.

As such expect a competitive and fierce encounter right from the start to finish, and count on either team to find the back of the net at least once this Monday.

After all, both these teams have been consistently scoring goals for the last several months and are also highly hopeful of the upcoming World Cup. They will be eager to find their form back and to build some much-needed momentum as well.

The French had won 7 of their past 9 overall fixtures, and they have lost just twice at home in the past 4 years. It also needs to be noted that they are the current Nations League champions.

On the other hand, the Croatians are trying to settle a score. They could have gained immortal status only if they had won one single game back in 2018. If they had managed to beat this opponent in the World Cup Final, it could have been for the ages.

Sadly, it did not happen and ever since the Croatians are determined to avenge themselves. They are finding the back of the net at a consistent rate lately, and they will consider this upcoming encounter a second opportunity since the world champions are not in a good form at present.

By the looks of things anticipate goals to come from either end of the pitch this Monday.

Tips for France vs Croatia