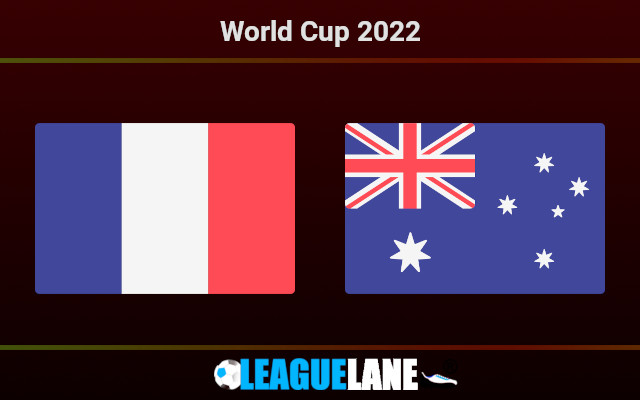 The reigning champions are dangerous up front

France begin their World Cup adventures with the clash against Australia on Tuesday evening at Al Janoub Stadium.

Didier Deschamps’ men enter the tournament as one of the main title candidates once again despite missing some important players through injuries.

They have a star-studded attacking line with the likes of Kylian Mbappe, Karim Benzema, and Ousmane Dembele.

You can never underestimate the reigning champions, regardless of their sloppy UEFA Nations League campaign when they came third in the group with Croatia, Denmark, and Austria.

Australia needed two separate playoffs to book their tickets to Qatar. They came only third in Group B of the Asian WC Qualifications, behind Saudi Arabia and Japan.

The Aussies then dispatched United Arab Emirates 2-1 in the Asian playoffs to secure the qualification for the inter-continental playoffs tie where they eliminated Peru on penalties after a goalless draw in the regular time.

If we count two friendlies against New Zealand in September, Graham Arnold’s men did not concede a goal in three successive matches.

However, this will likely change after this clash against France who are at least two classes above all rivals Australia have faced in the last several years.

These two teams met each other four years ago in Russia, also in the group stage when France won 2-1. We expect an easier job for Les Bleus this time around knowing that Australia have fairly limited options in the final third.

France to win to nil is the way to go at the odds of 1.83. We also like the 1.90 odds offered for their biggest star Kylian Mbappe to score anytime here. Those who like the correct score punts can try with France to win 2-0 at the 6.50 odds.