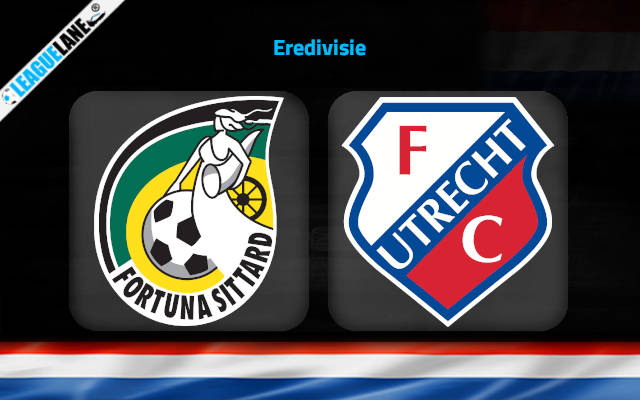 Both Fortuna Sittard and Utrecht will be hoping to arrest their respective slump in form on Friday evening when they face each other in the maiden game of Matchday No 5 in Eredivisie.

Fortuna Sittard will also be searching for their inaugural point(s) on the occasion, having lost each of the previous four outings.

The latest defeat came on Saturday night when Fortuna were powerless away at Heerenveen, falling 2-1 on the occasion.

Interim manager Dominik Vergoossen is indeed in a tough spot right now, especially in terms of the holes in his team’s defensive line.

He took over Sjors Ultee on the bench in what was the first managerial change in the new season of Eredivisie.

Fortuna’s back line looks horrendous at the start of the season. The team have conceded at least two goals in each of four matches so far. They have allowed Heerenveen register as many as 23 attempts (9 on target) last weekend.

We thus believe this game is an ideal chance for Utrecht to try and snatch their maiden win of the season.

The visitors opened the campaign with two draws but went on to suffer successive defeats to Emmen and Ajax.

Utrecht’s back line has not been significantly better than their Friday’s counterparts’. The visitors have shipped two or more goals in three of four league games this term.

Utrecht are 1.95 favorites to get the spoils here and we can hardly back anything else but the away win knowing the position Fortuna Sittard are in right now.

The hosts do not have a proper head coach at the moment and they are just not playing defense at all at the start of the season. You can alternatively try with the Over 2.5 goals FT bet at the 1.66 odds.