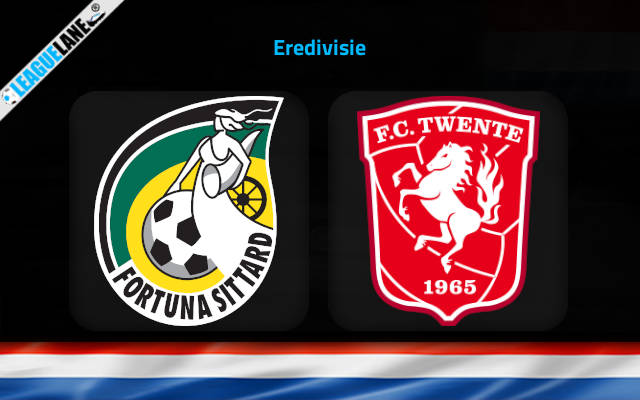 Fortuna Sittard Stadion will most likely witness a close encounter on Saturday when Fortuna Sittard host Twente in the Netherlands Eredivisie opening game in 2021/22 season. The teams had shared neighboring positions on the table last season and exhibit a similar form in the campaign.

The host has been winless in their recent three fixtures with just a draw in it. The Fortuna has only three wins in their last ten fixtures in the league schedule. They will return home after suffering a 2-1 loss on the road against Willem II last time out in May 2021.

Twente had finished the last season Eredivisie in May this year with a win in their schedule. That win broke their 11-game winless run in the league with five draws in it. They will visit on the back of that 3-2 win at home against the likes of Den Haag in the previous encounter.

With both teams in a struggling form in the campaign, there is a good chance to see the match end in a draw in ninety minutes. So, the double chance will probably be the ideal choice in the encounter.

Fortuna enjoys the ground advantage and has won their last h2h attempt at this venue with the guest in the league. Hence, the home team will have a slight edge in the game over the visitor.

Besides, both teams have a shaky defense in the middle which is why the tip for BTTS will probably come in handy.