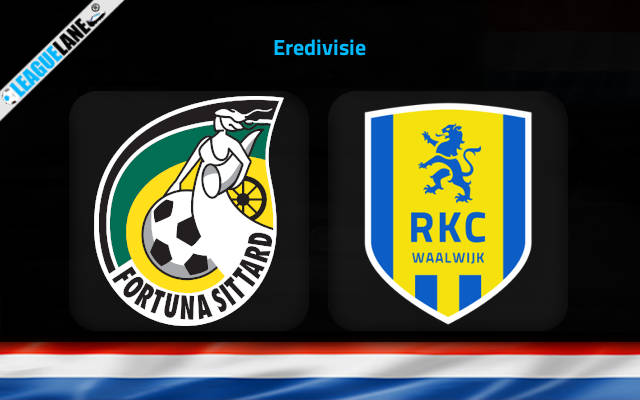 Fortuna Sittard is back on track this season. The team under Julio Velázquez is making very good headway. This Saturday they will welcome RKC at Fortuna Sittard Stadion on Matchday 10 of the Eredivisie.

Against Vitesse, the host managed to score two goals. Arianit Ferati and Remy Vita were the goal scorers in that game. This victory extended the winning streak to three matches in a row.

They now sit at the eleventh spot on the table with ten points in their last nine games.
Only three points separate both these teams ahead of this match. hence, this is a very crucial match for Julio Velázquez and his men.

The visitors most recently defeated Groningen by 3-2. Mika Biereth scored a brace within a twenty-minute time gap. Manager Joseph Oosting has had an advantage recently as the opposition received a red card in the last three matches.

The recent form shows that the team only lost once in their last five matches.

Both teams are in decent form therefore, we can expect a tightly contested game. Do note that Fortuna have lost five games since the beginning of this season this is something Julio Velázquez has to improve on.

Moreover, the visitors have scored at least two goals in their last three league matches .

Our prediction is that Number of goals will be between 2-3 – the odd for this tip will be at 2.05. In the last six head-to-head matches between these two teams, the number of goals has been in the range of 2-3.

Our next tip for this game is that Second half will have the maximum number of goals – the odd for this tip will be at 1.95. RKC have socred a combined total of nine goals in their last three matches out of which seven were scored in the second half of the game. Moreover, in the game against Vitesse the winning goal was scored in the 80th minute.