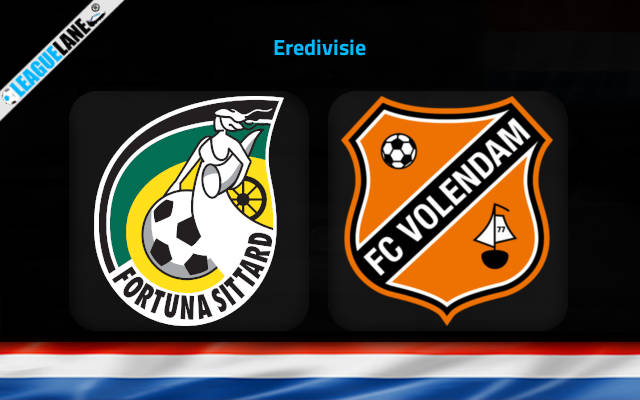 Last season Fortuna Sittard managed to avoid relegation by winning their last game of the season. However, they are headed in the same direction this season as well. This Sunday they will host Volendam at Fortuna Sittard Stadion.

The home side are making slow progress this campaign. Currently, they are unbeaten in the last two league outings.

Most recently, they defeated newly promoted side Excelsior by 1-0. In that game, Remy Vita scored the winning goal in the 87th minute of the game.

Moreover, Mats Seuntjens was sent-off in the 77th minute. Therefore, he will miss this upcoming match. This narrow victory was very crucial for Sjors Ultee’s side as it was their first win of the season.

Meanwhile, the visiting side are making decent progress. Do note that they are a newly promoted club. Most recently they managed a 1-1 draw against Vitesse. It was Robert Muhren who scored the opening goal in that game.

On the other hand, they are the only team in the league who have conceded more than twenty goals this early in the season.

The visitors are on a four-game winless streak this season. Moreover, both these sides have a very low winning percentage which is at 14% respectively. It is interesting to know that the host managed to defeat a mid-table club most recently.

Also, the host are averaging 1.29 goals per game. It is worth knowing that the visiting side have conceded fifteen goals in just four matches.

Our prediction is that Volendam will win – at 4.20 odd. This is after considering that the visitors won three of the last five head-to-head matches.

Our second tip for this game is that Volendam will keep a clean sheet – at 7.00 odd. In four of the last six meetings, they have kept a clean sheet against this side.