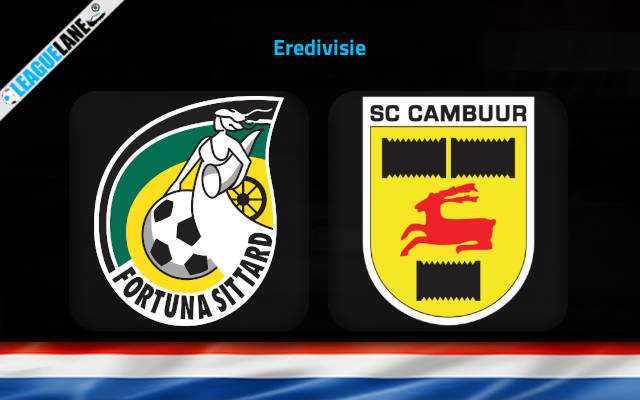 Neither of the two teams look capable of keeping things quiet at the back based on their recent displays. Fortuna conceded three goals at home to the likes of NEC Nijmegen before the international break, while Cambuur boast the worst defensive record in the entire league with 21 goals allowed in 8 matches (nine of these game against Ajax, though).

Both Fortuna Sittard and Cambuur are eager to fix the impression from the previous round when they’ve conceded three goals each to NEC Nijmegen and AZ Alkmaar respectively.

Fortuna thus continued their dismal streak at the start of the new Eredivisie campaign. They sit second from bottom with just five points from the inaugural seven rounds.

Sjors Ultee’s men are winless in six successive outings and they’ve claimed just one point from the last five along the way.

Sittard have one of the worst attacking records in the league as they notched only seven goals in seven fixtures (bad for Dutch top flight standards).

Their rivals have been enjoying a much better spell of form lately. Cambuur’s season has truly been a rollercoaster so far, but it is easy to find a pattern and conclude that Henk de Jong’s troops tend to play much better against weaker rivals.

The visitors shipped four goals to PSV, nine to Ajax, and three to AZ in their defeats, but they have at the same time bagged five past Go Ahead Eagles and four past Sparta Rotterdam.

Tips for Fortuna Sittard vs Cambuur