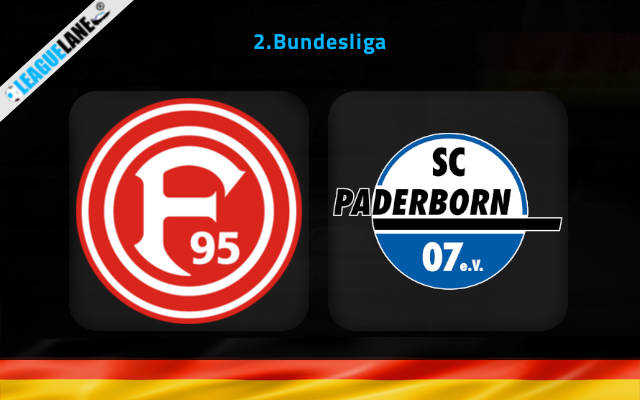 Dusseldorf have been struggling to find form for the past several match-days and they have also been letting in goals in huge numbers. Meanwhile, Paderborn have been on a superb winning streak lately and are expected to cause some troubles for their counterparts this Friday.

Paderborn had finished 7th in the German second division the last season and had missed out on a top-3 finish by just 9 points. Based on recent form, they might be the best team in the league at the moment, and they have even started on an overwhelmingly positive note this time around.

After having recorded a massive 5-0 win against Karlsruher in their opening match-day, they have climbed to the top of the table. As expected, they have scored the most number of goals in the competition as of now and are also one of the very few teams to yet to have their defense broken.

Meanwhile Dusseldorf had to settle for a less prestigious mid-table position at the end of the previous campaign. Even now they have been losing almost every other fixture and they have even failed to deliver at least some dominant performances at home in the past several weeks.

Going on they also have a rather inferior head-to-head record in recent clashes and judging all these observations it is expected that we are about to witness a victory for Paderborn.

Dusseldorf had lost 2 of their past 4 overall fixtures, and they even let in 5 goals in their latest defeat. Going on, they are also on a 2-game losing streak at home and in the process they had let in 7 goals.

Considering these observations, as well as the head-to-head domination of Paderborn, expect a win for them this Saturday.

Tips for Fortuna Dusseldorf vs Paderborn