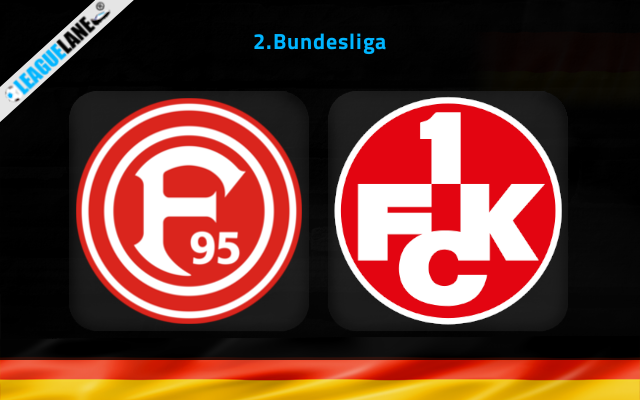 Fortuna Dusseldorf come up against visiting side Kaiserslautern at Merkur Spiel-Arena in the 2.Bundesliga clash on Friday.

Dusseldorf will play in this fixture coming off the back of a 1-0 2. Bundesliga victory against St. Pauli. They climbed up to the fifth spot in the league standings with that victory.

It is worth noting that they won three of the previous four fixtures by preventing their oppositions from scoring goals. A clean sheet win in those three shows that how strong their defense is.

In fact, the only game they conceded was against current 8th placed Kiel in the last four games. They won that game 2-1. Having conceded 15 goals in the first ten games, it is very impressive to see their defensive line rising to such an impressive form.

It is doubtful whether Kaiserslautern has the potential to break down the in-form Dusseldorf. Their 2-3 win against Bottom of the table Bielefeld in the previous league outing is an example of that.

Moreover, they were winless in five of the previous six fixtures and have only scored seven goals in that stretch. It will be difficult for Kaiserslautern to score goals in the coming Friday as the opponents owns a strong defense.

By the looks of things, expect a victory for the home side Forstuna Dusseldorf on Friday at Merkur Spiel-Arena.

It is easy to understand how likely Dusseldorf is to win by looking at the head to head stats. There is nothing wrong in backing the hosts to win at this venue where they won most of their past fixtures.

Even though the defensive steel strong, expect at least one from the attack of Kaiserslautern since they follows an unbeaten streak on the road since the beginning of this season.