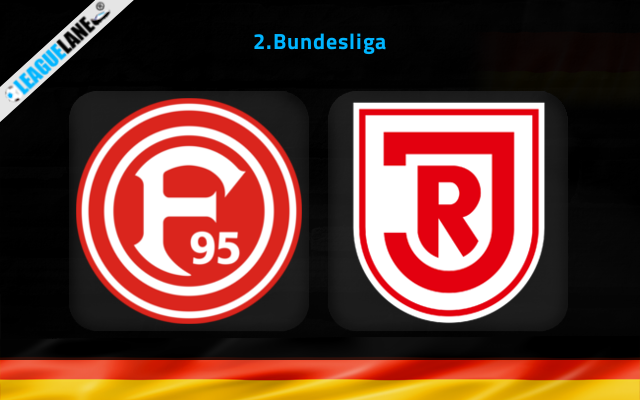 Dusseldorf might be on a decent stretch of performances lately but it needs to be noted that they recorded a set of winless outcomes in the past five. They will be battling against Jahn Regensburg who luckily escaped relegation the past season.

Regensburg finished 15th in a table of 18 and were the last safe team in the standings. They were able to deliver a total of just 10 positive outcomes.

They started off well this season, sealing a couple of positives in the first two but returned back to the dismal form and are struggling with their defense at present.

Meanwhile, Fortuna Dusseldorf seems to have picked up things from where they left off in the previous season. They had finished 10th in the table and were having an average form.

However, they are unbeaten in four of the 5 played so far this campaign. Judging these observations, expect a victory for them on Friday.

Regensburg lost two of their past three league games and had let in goals in a worrying fashion. They were also winless in 8 of their previous 10 road trips.

Dusseldorf owns a better form when compared to this Regensburg outfits. They have only lost once this season. Their offensive line-up have managed to overcome the defensive slump in most of the fixtures which helped them to evade a defeat.

It also need to be mentioned that they are unbeaten in 8 of the past 10 appearances in front of their home crowd.

Knowing that, we have enough reasons to back the home side to seal a win from this fixture. Expect goals from either sides as both the outfits doesn’t own a strong defensive steel.