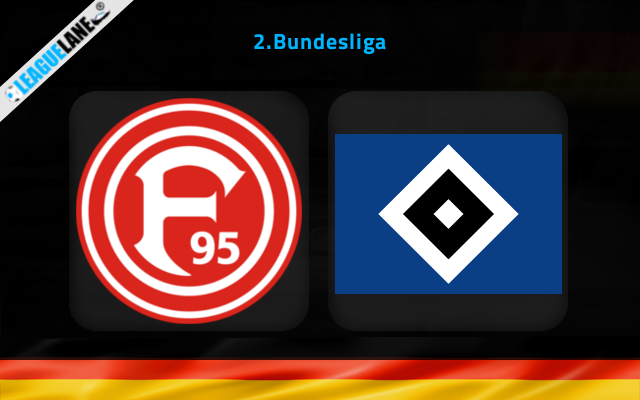 Fortuna Dusseldorf will play host to Hamburg in the 27th Round of 2.Bundesliga fixtures scheduled on Saturday at Merkur Spiel-Arena.

Fortuna Dusseldorf have succeeded in recording some positive displays of late. As a result they have climbed up some positions on the table to stay above of the danger zone with a difference of 4 points. They will be hoping to extend their current run.

Meanwhile, Hamburg are having a seesaw of form in the league of late. They sits 7th on the table after recording a couple of defeats in their recent league fixtures. They have a total of 41 points and are 7 points away from the safe zone.

By the looks of things, we expect them to display a tight encounter. Both these outfits will be trying their best to evade a defeat in this fixture. Considering that, we anticipate a match with the display of goals from both the ends.

Fortuns Dusseldorf were last seen playing a 1-1 draw against Paderborn away from home. With that draw, they are unbeaten in 5 consecutive league games. Their attacking side have succeeded in scoring goals at a good rate of late.

At home, they are on the back of three consecutive league victories. Such a set of positive displays came after five winless games at this venue.

On the other side, Hamburg lost their most recent league fixture against Nurnberg. They are now on the back of three winless games in the league. However, they have a decent on road form. They are unbeaten in four of the past 5 league fixtures away from home.

They both looks to have enough strength to evade a defeat. Knowing that they have recorded a draw in most of their recent head to head meetings, we have enough reasons to back the draw option for this one.