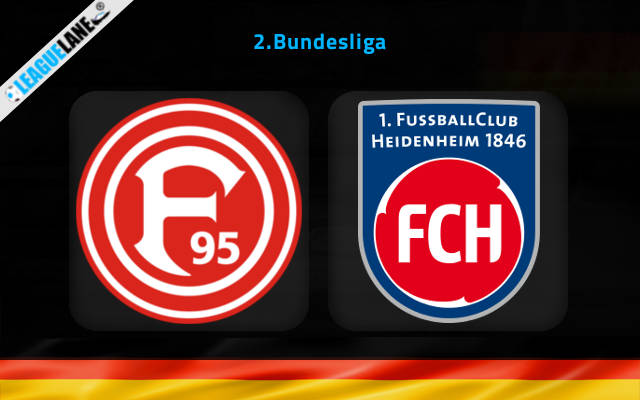 FC Heidenheim will head north-west to Düsseldorf as they are set to take on Fortuna Duesseldorf at the Merkur Spiel-Arena on matchday 15 of the 2. Bundesliga, this Friday evening. Both teams will look at this as an excellent opportunity to gain some points under their belts to climb further up the table. Read our Preview, Predictions, and Betting Tips with Analysis here.

Things are not looking good for Fortunen this time around, as following their preceding season back in the second division in which they completed in the 5th position the team is slowly descending to a mid-table side in the league, having competed in the top flight as recently as 2020. They are currently 12th in the league with 16 points, just 2 points clear of the drop zone.

Following an 8th place finish in the league last season Heidenheim find themselves once again in the same position. Despite losing more than a third of their games so far, the side has gained 21 points through 14 fixtures and are just 5 points behind league leaders Darmstadt.

Despite the hosts registering just a couple of clean sheets in the league so far, the visitors have struggled in front of goal recently and have scored just twice in away games this season in the league, they are unlikely to find the back of the net this Friday.

Despite his team flirting with relegation 14 games into the season, Rouwen Hennings has impressed with his performances and has scored nearly a third of the team’s goals. The 34 year old German forward has scored 8 goals this season and is among the top 10 scorers. Expect him to get on the scoresheet.