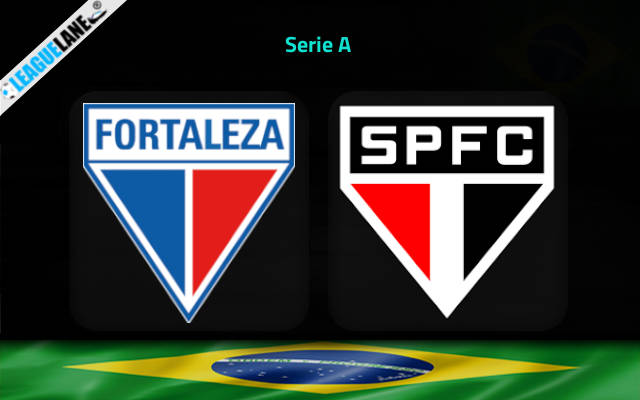 Fortaleza and Sao Paulo have played some high-scoring contest between themselves lately (including the two Copa do Brasil semifinal ties in late-August/mid-September). However, neither of the two teams have shown strong attacking form of late which is why we are backing the Under 2.5 goals FT pick at the 1.53 odds.

Fortaleza will be hoping to end a three-game losing thread on Wednesday evening when they play host to Sao Paulo in the 31st round of the Serie A.

The hosts have had a miraculously good campaign in this term of the Brazilian top flight, just a year after barely avoiding the drop in the very last round of the season.

Fortaleza are well on their way to secure the qualification for the elite continental competition.

Nonetheless, Juan Vojvoda’s men have well compromised their situation in the battle for the top-four finish with the aforementioned losing thread.

They are one point shy of RB Bragantino in fourth place (but have a game in hand on them) after falling to America Mineiro and Corinthians in the last two rounds).

Vojvoda’s troops were also eliminated from the Copa do Brasil after home and away defeats (1-6 on aggregate) to Atletico Mineiro in the semifinal of the competition.

Next up for them are Sao Paulo who have been playing hot and cold since the beginning of the season.

The visitors are just seven points adrift of the danger zone but they have shown some kind of improvement under Rogerio Ceni in the last several weeks.

Tips for Fortaleza vs Sao Paulo