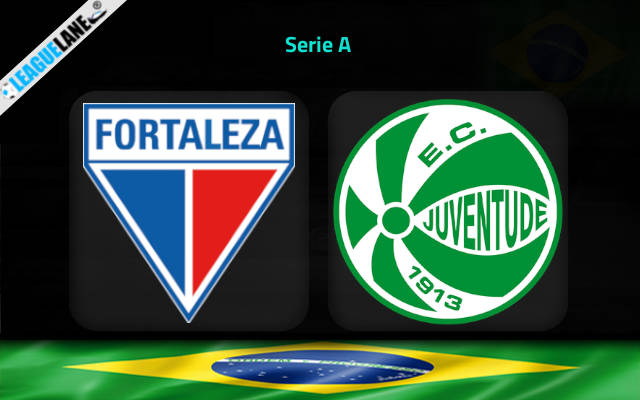 Fortaleza have been the absolute worst team in the Brazilian top flight this season, and are placed bottom-most in the table as of now.

It is no wonder that they are still searching for their first victory, and are letting in goals in alarming numbers.

They remain the only squad in the whole competition to yet post a win on the board and this has created such a daunting pressure on them. However, instead of motivating them to go for better results, this pressure has only worsened their form.

Meanwhile, Juventude have had a comparatively better campaign and are now placed 18th in the table of 20. While under no circumstances is this a good position, they can confidently claim that they are better than their counterparts for the day.

And precisely for this reason, they will be gunning for the 3 points this Sunday.

Fortaleza were winless in 5 of their past 8 overall fixtures, and they are also on a three-game winless run at home. Do also note that they had conceded 3 or more goals in 2 of their former 4 overall games.

Considering these observations, expect Juventude to have a slight edge this Sunday. However, they have a poor h2h record over the years against this foe, and on top of that they are on the road. Chances are very low for them to keep a clean sheet this weekend.

Tips for Fortaleza vs Juventude