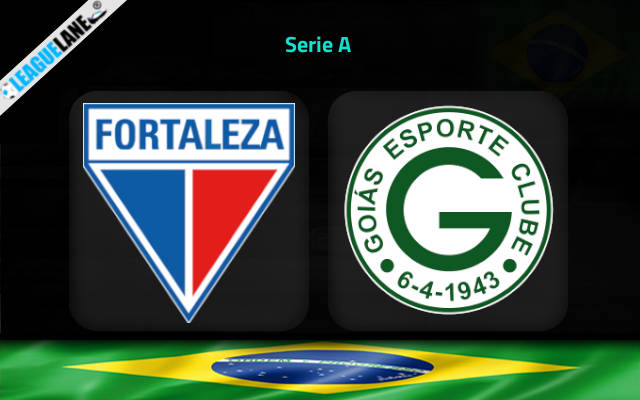 Round 10 of Brazil Serie A is set for this Friday as the promotion seeking Goias take a roadtrip to the relegation fighting Fortaleza. These two teams will be seen battling it out at Castelão.

Goias is at the 12th spot on the standing with 12 points from 9 games. They won, drew and lost 3 matches each in Serie A so far. The visiting side is level on points with 3 other teams who are above them and that hints the fact that they need to improve their offensive and defensive ends.

Goias will come into the clash after a 1-2 Serie A win to defeat Botafogo in their most recent match. A series of dependable showings from the the visitor’s defensive unit has seen their conceding tally amounting to 3 from their previous 6 clashes overall. During the same period, their forwards have netted up six.

On the other hand, Fortaleza resides at the rock bottom closing the 20th position on the table with a mere 5 points. Of the 9 matches played, they won only once in the league while having drawn twice and have lost on 6 other occasions. They have double the conceding figures from their scored ones indicating their dreadful backend.

After winless in 8 league games, Fortaleza won by 2-1 against Flamengo previously. They have been scored against in 5 of their previous 6 clashes, shipping 7 goals along the way. The hosts now need 6 more points to escape the relegation zone.

Fortaleza remain unbeaten in the league by Goias in their previous 4 games. But they are without a win at home for the past 5 matches in the league. They remain highly inconsistent lately.

Meanwhile, Goias have not beaten Fortaleza when they have played them away from home in the previous 2 league matches. But they come here on the back of 2 straight on-road victories.

From the past h2h stats we feel that a home win is likely to occur this Friday.