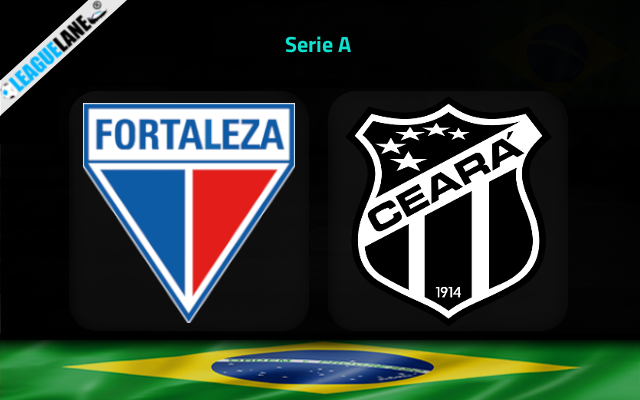 Fortaleza had a disappointing start to this season. They maintained the same further in the league to push themselves down to the bottom spot with the record of the only outfit left to claim a win so far this season.

Fortaleza recorded a 1-1 draw in their most recent league fixture at home against Juventude. With that draw, they are now following a streak of seven winless games in the league. They will be hoping to better themselves with the aid of home advantage in the upcoming fixture.

Meanwhile, Ceara had opened up with a positive display but failed to record more further. They have been recording unbeaten outcomes since then and as a result their position pushed down to the 18th spot, inside the relegation spot at present.

Ceara recorded a 2-2 draw in their most recent league fixture against Sao Paulo on road. With that draw, they are currently having a streak of six winless games in the league. They will be also expecting a better display as like Fortaleza.

Fortaleza possess a decent form at home of late. They have lost only once in the past six home fixtures across all competitions. Also, they drew two and lost one of their three home outings so far this season.

On the other side, Ceara possess an inconsistent form on road this season. They drew two and lost one of their three on road outings so far this season.

On top of that, they both possess an equally stronger head to head stats. Therefore, when comparing their form at respective patches we are of the view that Fortaleza might end up sealing a win at home to record their first positive outcome of this season.