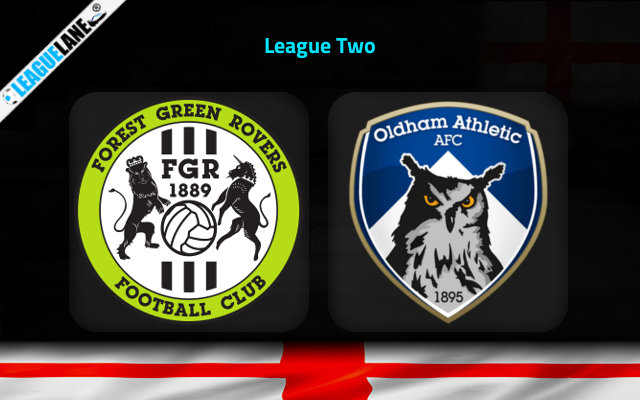 With the possession of the best offensive and a strong defensive line-up, Forest Green have been enjoying their position at the top of the table this season. They are having a total of 79 points, two points away from the second spot occupier Exeter.

Forest Green recorded a demolishing 4-0 defeat on road against Barrow in their most recent league fixture. With that defeat, they are currently on the back of two subsequent winless games in the league. Such a slump is not that impressive. Hence, they will be hoping to get back to the winning ways.

Meanwhile, Oldham are inside the relegation spot with a total of 37 points. They are three points away from Stevenage, who sits at the edge of the relegation zone. Their offensive side is not that unimpressive considering their position. Anyways, they have a poor defense leaking goals in a worrying fashion.

Oldham were last seen playing a 0-2 losing league fixture at home. It was their second consecutive league defeat after recording two back to back victories couple of games ago. However, they are not having a reliable form and we can’t see them possessing enough of spirits.

Forest Green must arrest their current slump as their position at the top isn’t that secured. A win is must for them. They have an average form at home of late. They are winless in four of the past 6 league fixtures at home. Following that, they will be desperate to record a win from this fixture.

On the other side, Oldham doesn’t own anything competitive to display against this Forest Green. They are winless in 8 of the past 10 league fixture on road.

Knowing that, Forest Green have a strong head to head stats against Oldham, we back them to seal a win on Monday when both these outfits meet in a League Two fixture.