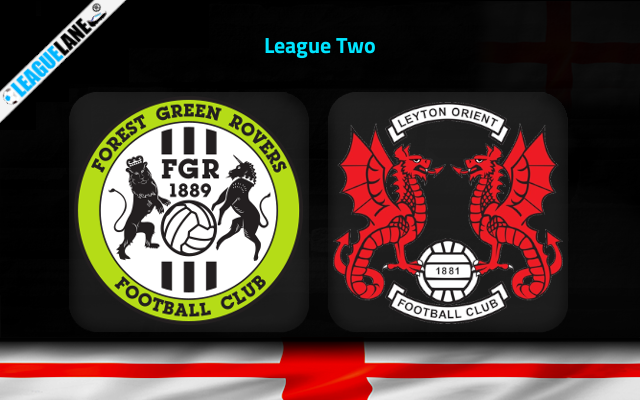 Forest Green are well clear at the top of the table with a total of 68 points. They have been enjoying an excellent League Two season since the beginning. However, their form is a bit worrying of late. Still they owns the best Offensive and defensive lineup of this season.

Forest Green were last seen playing a 1-1 draw in their most recent league fixture against Salford away from home. With that draw, they are currently winless in 5 straight league fixtures. They will be hoping to return back to winning ways.

Meanwhile, Leyton Orient are having a seesaw of form in the league. Their inconsistent cold form is evident from their positioning on the league table. They sits 20th on the table with a total of 35 points. They are currently four points clear from the danger zone.

Leyton Orient played a 2-2 draw at home against Stevenage in their most recent league fixture. The above draw is their 13th consecutive winless recording in the league. Following such a long set of negative display, they will be having lowest of spirits.

By the looks of things, we expect a positive display from the home outfits when they meet the traveling Leyton Orient in the 37th Round of League Two fixtures on Tuesday at The New Lawn.

Analyzing the above stats, we expect Forest Green to seal points from this fixture to secure their spot at the top. They have a strong form at home with the support of a highly impressive attacking and defensive lineup.

Knowing that the visiting side have only won once on road since the beginning of this season, we have more than enough reasons to back Forest Green to record a positive display.