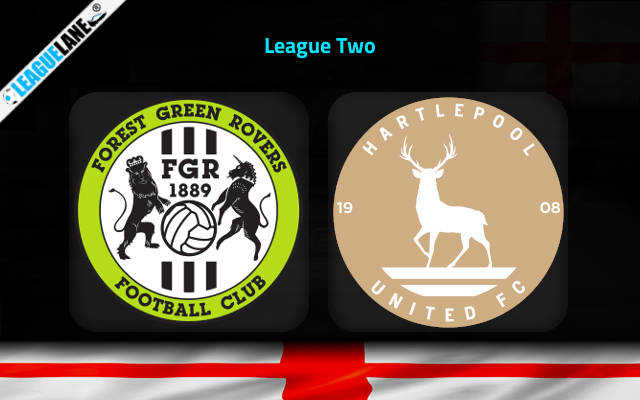 The top contender of League Two has played extremely well in their matches this season, earning more wins than both their draws and losses combined. Recently, the team had faced a poor streak which had lasted for over seven matches. However, the team is back in form at the moment and earning wins.

Forest Green Rovers played their last match against Mansfield Town, which Forest Green scored the only goal in the match within the fifteen minutes of the first half and maintained the lead for the rest of the match. The match ended with 1-0 FT score.

Hartlepool United has faced a hiccup with their form in the recent matches. The team has got mixed results from their matches. From the last ten matches, they have got three wins, three draws and four losses.

Salford City didn’t allow Hartlepool to get past their defences in the last match. Salford scored two goals in the match while Hartlepool could score none, ending the match with 0-2 FT score.

With the Rovers back in form, Hartlepool will have a tough time in the next match. Hartlepool’s been having trouble with their form while Rovers have got three consecutive wins in their previous matches, in which they have kept clean sheets as well.

The match will most likely end with a win for Forest Green Rovers, as they are the better team of the two. Forest Green Rovers have scored most of their recent goals in the first half of the match. So, we can expect them to do so in this match as well.