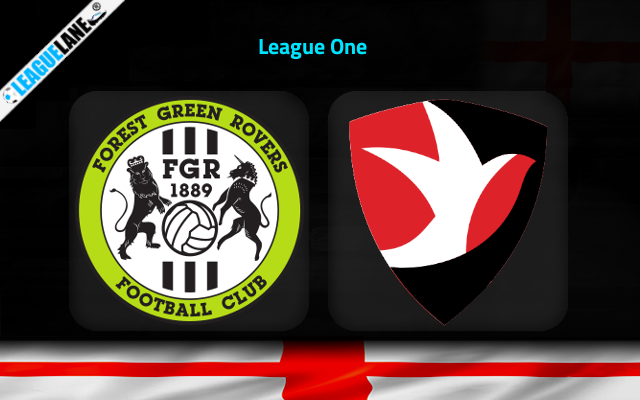 Forest Green vs Cheltenham Predictions and Free Tips from our expert tipsters when the teams go head-to-head in the England League One on Saturday, 10 December 2022.

Forest Green will be looking for a repeat of a 2-1 League One victory over Cambridge United. However, the team has not been able to come out of the danger zone. They are currently ranked 21st in the league standings.

Meanwhile, Cheltenham has been able to show good performances in the last five games. They are currently ranked 16th in the table. Their immediate Objective is to maintain the existing consistency and climb to a safe zone spot.

Cheltenham are unbeaten in their last three games against Forest Green. The last time they met was in an EFL trophy knockout fixture. Cheltenham won the game 1-2.

Who will win the match between Forest Green vs Cheltenham?

Forest Green managed to win 2-1 against Cambridge United in the last home match. This is their second home win the last four games. Meanwhile, Cheltenham are on a two-fixture unbeaten streak on the road.

Predicting a winner based on their current form at the respective patches is not easy. However, it has to be said that Cheltenham have a slight edge.

Forest Green has conceded 39 goals in the 20 games played so far in this season. There is nothing wrong in expecting over 2.5 goals ft when they faces an unbeaten Cheltenham on Saturday.

Forest Green owns the second worst defensive line in the league. They have conceded goals in their last three home matches too.

On the other side, Cheltenham’s defensive line conceded goals more than the number of goals their attacking line has slotted in this season. Therefore, goals can be expected from both sides.

Considering all these observations, we like to place the Draw no bet option in favor of the away side who has been unbeaten in the last five league games.

Both teams to score seems to be an ideal option for placing as the second bet for this one.