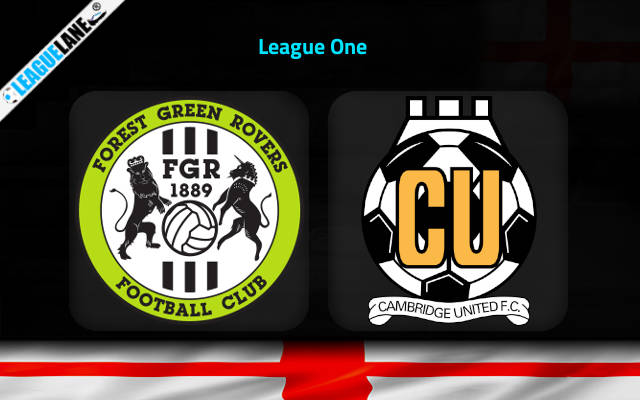 We can expect very little change to take place as Forest Green will take on Cambridge at The New Lawn. The host are at the bottom of the table and they will most likely be relegated at the end of this season.

Things are not looking good at The New Lawn as the home team have lost three of their last four games.

They have been lacklustre all season, and now Ian Burchnall has hit the emergency button. He will have to start delivering winning performances if he wishes to stay on as manager.

In their last league outing, they played against Oxford and the game ended in a 1-1 draw. Goalkeeper Luke McGee single-handedly helped his team win one point as he successfully stopped nine shots on target.

As far as Mark Bonner’s side are concerned, they will most likely reach within the top ten if they start performing consistently. They lost to Accrington in their last league outing.

Cambridge’s away form is looking abysmal as they have picked up only one win in their last five away fixtures.

Our prediction is that Cambridge will win this game by 1-0 – the odd for this tip will be at 8.00. Forest have a decent record against this side however, they are not the same team anymore. They have lost nearly 60% of their matches this season. Not to mention that the visitors won the most recent meeting.