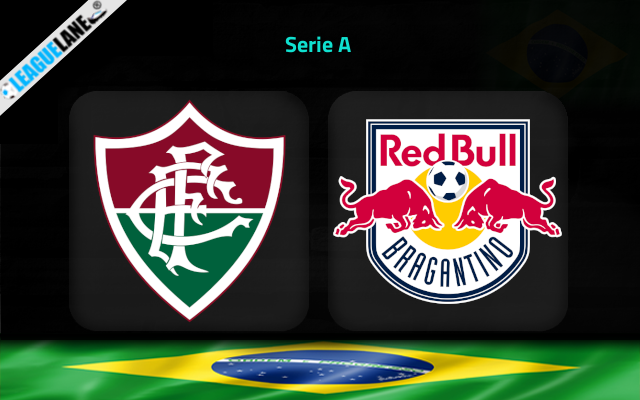 Fluminense had an average start to this season. They maintained the same further and bettered lately to climb up to the third spot of the league table. Their impressive offensive and average defensive line-up have also worked well to gain some positive momentum of late.

Meanwhile, RB Bragantino have been recording inconsistent displays since the beginning of this season. They have bettered themselves of late and have climbed up to a safe zone spot on the table. With an average offensive and defensive line-up, they will be hoping to better themselves.

We can see RB Bragantino recording a 2-3 win against Goias On the road in their most recent league fixture. With that win, they are following a streak of seven unbeaten games in the league. Such a set of recordings might boost them to extend it.

Fluminense is having an impressive format home of late. They are following a streak of four home wins across all competitions at present. Their offensive side scored two or more goals in each of those.

On the other side, RB Bragantino is having a decent form of late. They are following a streak of three winning games in the league at present. Their most recent league outing was against Fortaleza which ended up in a 2-1 win for them.

However, Bragantino’s form on the road is not that impressive at present. They are winless in four of the past five league fixtures played away from home. Their defensive line-up have leaked two or more goals in two of the past three on the road outings too.

Considering all the above stats, we are backing Fluminense to seal a win against RB Bragantino when they both meet in a Serie A fixture on Sunday.