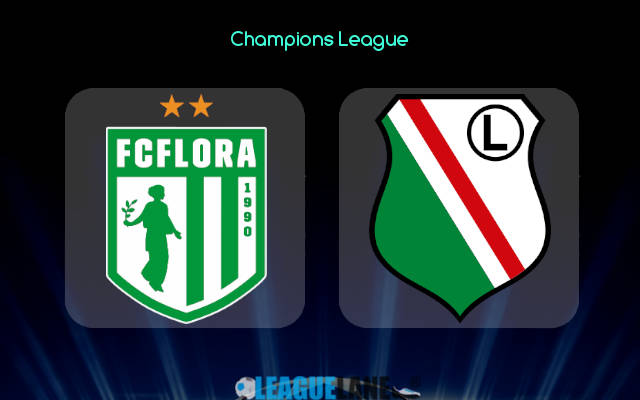 The second leg of Champions League qualification tie between Flora Tallin and Legia Warsaw is evenly balanced, but our analysts are backing the Polish champions to hold the nerve and progress to the next round.

The first leg has been very close and Legia needed a late goal in the injury time to bag the 2-1 win. It ended up as a heartbreak for Flora, who matched the much-experienced opponent in every aspect of the game.

Tuesday’s penultimate tie could go either way, but Legia Warsaw are bookies’ favourite and it remained to be seen if the Estonians can make home advantage count to mount a big upset.

The team from Tallin defeated Maltese side Hibernians in the previous round with a solid 3-0 win in the return leg after settling for 1-1 draw in the first leg. They will be hoping on a similar display here, however their Tuesday’s opponent is far more experienced than the ones they usually meet in competitions.

Flora is doing well in their domestic league; they are second in the table having played 2 games fewer than other teams. They have scored at an average of 2.6 goals per game while conceding at 0.73 goals per game.

Legia’s season started in the Champions League, and they had an intimidating opponent in defending Norwegian Champions Bodo/Glimt. The tie was settled in the second leg with a convincing 2-0 win after a thrilling first leg that saw 3-2 scoreline in favour of the Polish team.

Last season, Legia was knocked out of the competition in the second round by Omonia Nicosia from Cyprus. The ties were single legged due to covid-19 pandemic.

On the weekend, they started defending the Ekstraklasa title with a narrow 1-0 win against Wisla Plock.

The first leg won by Legia is their only head-to-head meeting with Flora.

Without any doubt, Legia Warsaw are the superior side in this fixture, and this is their match to win. Flora knows that they are huge underdogs, and they will be looking to produce a memorable performance in front of their home fans.

However, our analysts are ruling out any surprises on Tuesday and therefore punters can back Legia for outright win while taking the over 2.5 goals full-time as a decent alternate.