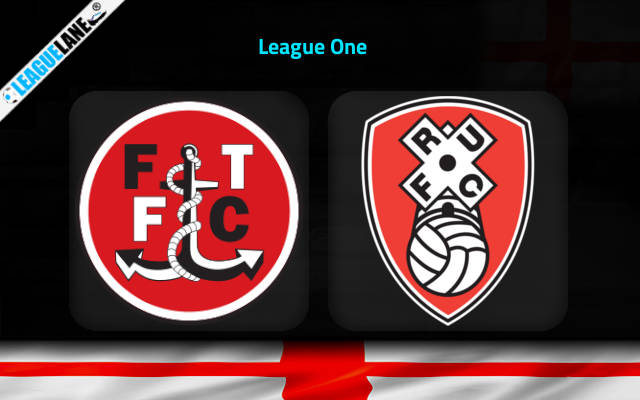 Rotherham is at top flight in England League One and are in tie with Sunderland in league points. They are also in the zone for Championship promotion.

Fleetwood is far down below the opposition and is just a spot away from falling into the relegation zone.

The Millers are twice ahead of the Cod Army in terms of league points and look forward to do the same as they visit Highbury Stadium this Saturday.

The Millers are leading the League One table at the 1st with 50 points from 24 games. They won 15 of them while drawing on 5 and losing on 4 other occasions. They have scored 45 in total while conceding a sum of only 17 which made them to earn the top spot as they have the best goals to conceding ratio on the league than the second placed Sunderland with the same points.

Rotherham have won the latest league fixture against Bolton by 2-1 after the previous loss against Accrington on boxing day. They have also won the EFL Trophy fixture against Crewe in the opening match of the year while they recently got kicked out out FA Cup against QPR last week.

On the other hand, Fleetwood resides at the 19th position on the table with only 25 points. Of the 24 matches played, they won only 6 games while drawing on 7 and losing on 11 other occasions. Their total goals to conceding ratio stands at 37:43 so far in the league.

The Cod Army lost to Shrewsbury on boxing day by 0-3 while they managed to secure a victory over Doncaster by 1-0 on the first schedule of 2022. Stephen Crainey’s men have netted a sum total of 7 times over their prior 6 outings while conceding a total of 9 from the same.

We expect the Millers to win this match as Fleetwood are terrible at away fixtures as they are without an away win for the 66% of the away fixtures held this season. Also the hosts are second best in the league on winning home games.