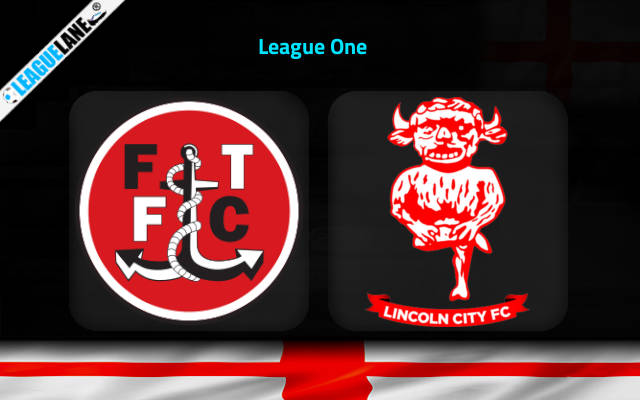 With a 13-game winless run in the league, Fleetwood Town is set to take on Lincoln City who lost thrice from the last 5 league schedules. Both these sides who are only a place apart from each other, will clash at Highbury Stadium this Tuesday.

Fleetwood is at the 20th spot on the standing with 34 points from 38 games. They won only 7 times in the league while drawing on 13 and losing on 18 other occasions. They lost 5 of their last 6 league fixtures and are at the brink of falling into the relegation zone.

The hosts will play in this fixture coming off the back of a goal-less league draw against Doncaster Rovers. They have failed to prevent opponents from scoring in 5 of their previous 6 games, letting in 11 goals in the process.

On the other hand, Lincoln resides at the 18th position on the table with only 42 points. Of the 39 matches played, they won 11 games while drawing on 9 and losing on 19 other occasions. Their total goals to conceding ratio stands at 43:52 showing their far from perfect defense.

The Imps lost their previous league fixture to Shrewsbury Town by 0-1. they are without a win since the last 3 league schedules and are only 9 points safe from relegation. They have won just two of their last 10 league games while failing to score in exactly half of those fixtures.

The Cod Army haven’t won at home in the past 5 matches in the league. Their previous 2 h2hs at home ended on a stalemate.

Lincoln City lost 5 of their previous 6 away league games but on considering the away performance of all other sides, they are not that terrible and are a mid-table side.

We feel that a draw is the likeliest option here, as both the sides are not that good as of now. Moreover, their past 2 h2hs at Highbury Stadium ended on a tie.