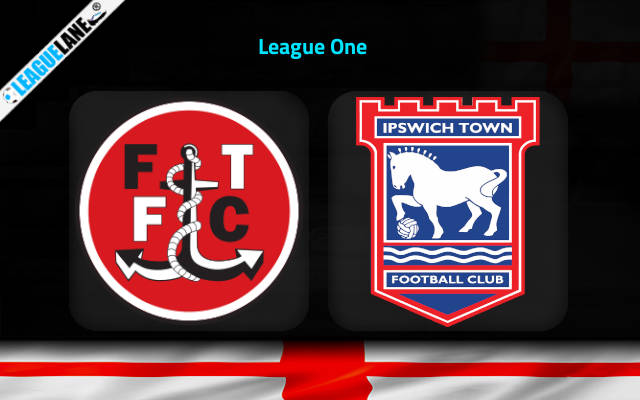 Fleetwood lost the last league game which adds up to their 8-game without seeing a win. They even lost twice from the last 3 fixtures. Ipswich are unbeaten since the past 6 games in the league and need only 6 points to get into the Play offs spot. This upcoming 37th round of League One is scheduled this Saturday in Fleetwood at Highbury Stadium.

The Blues are at the 9th spot on the standing with 53 points from 35 games. They won 14 times in the league while drawing on 11 and losing on 10 other occasions. They scored 53 in total while conceding a sum of 39 up to this point.

Ipswich drew the last 2 fixtures against Cheltenham and Morecambe. During the last 6 clashes, opposing sides have hit a goal tally of 1 while the visitors have scored 6. A cleansheet has occurred on 5 of their last 6 league schedules.

On the other hand, The Cod Army resides at the 19th position on the table with only 33 points. Of the 33 matches played, they won only 7 games while drawing on 12 and losing on 14 other occasions. Their total goals to conceding ratio stands at 47:58 which shows improvement in defense is needed.

Fleetwood suffered a 0-2 League One losing effort in their last game against Wigan Athletic. Fewer than 3 goals per match were seen in 5 of the last 6 fixtures where they have been involved. Regarding the goal weighting during this period, opposing sides scored an aggregate of 10 while the hosts managed a sum of 6.